On the 28th of Feb myself and a van load of BCC members headed north, and a bit west, and over a river to the Glyncorrwg Mountain Cycle Trail Centre for Bikes. 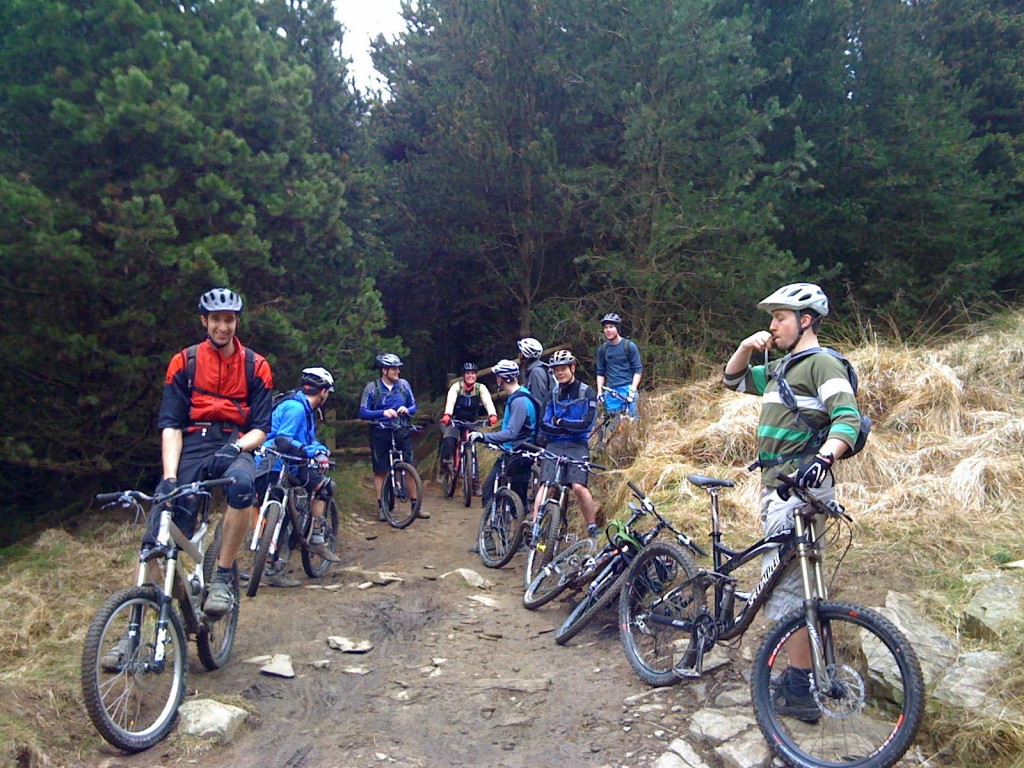 I've cycled down a few Welsh mountains before but this was my first attempt at going back up. It wasn't quite what I was expecting, which is a good thing because I was expecting a long slow "drag-the-bike-up-with-you-by-your-shoelaces" struggle. That's what riding up fire roads is like, generally horrible and boring. Riding up a technical, scenic route is totally different. Yes it's still leg achingly hard work but you have to use your head aswell as your lungs, you have to plan you way up the trail as you would when you go down it, trying to hold the smooth lines, not being nudged aside by off camber roots. And it looks nicer. I had a few tumbles on the first ascent and was splatted with that sandy grit-mud they like to grow in Wales and swam off some of the rocky sections that were tremendously lacking any sort of grip. I also managed to crash before we had even left the car park, much to everyone's amusement. It was a sign of things to come - Ben Irons got slightly further away from the van than I did and then launched himself stylishly off a bank into a fence and was awarded with a puncture. We still hadn't made it to the start of Whites Level.

Near the top is a rather large wind (not cow) farm, but you won't find any milk. I was in two minds about the descents - Mostly I was scared because I didn't feel confident or comfortable riding a hardtail with a steep head angle. I didn't have much faith in my brakes either and felt like I was perilously close to flying over the bars. Despite that, I followed the other guys on to The Black run. It was great fun and scared the hell out of me at the same time. This was about the same time Chris Sheppard washed out and popped his shoulder. Get well soon Chris.
The second descent was longer and less steep, so it was just as fun but less scary, I was more relaxed and starting to enjoy the ride more. Then my bike died. The rear mech was bouncing along wildly on the rocks and latched itself onto a handful spokes for moral support. The spokes riped out, eyelets and all, the wheel locked up and I ground to a halt. A few choice words were selected. Chris helped untangle everything and after a couple of minutes and more choice words I was back on track, somewhat more sluggishly and with and an irritating "bwup, bwup, bwup" noise as the rear wheel and tyre slowly munched in to my chainstay. Later on I caught up with the rest of the group who had stopped for a break. Neil built an emergency spoke key with a tree stump and his foot and achieved a temporary fix,  for which I am grateful.

See photo below of the guys fixing my bike while I stand next to them (left corner) being extremely helpful and eat flapjack at the same time. After limping back to the cafe with a squidgy tyre, half a wheel and no back brake, we all sat down for a coffee and a mars bar. There was more riding to come but I had no bike. Luckily, Ben Irons had a spare (by spare I mean he was too tired to ride his own!) and kindly offered to let me use it for the rest of the day. Thanks Ben.  It was even more old school that my bike and didn't break "cos it's made 'ah steeel" . 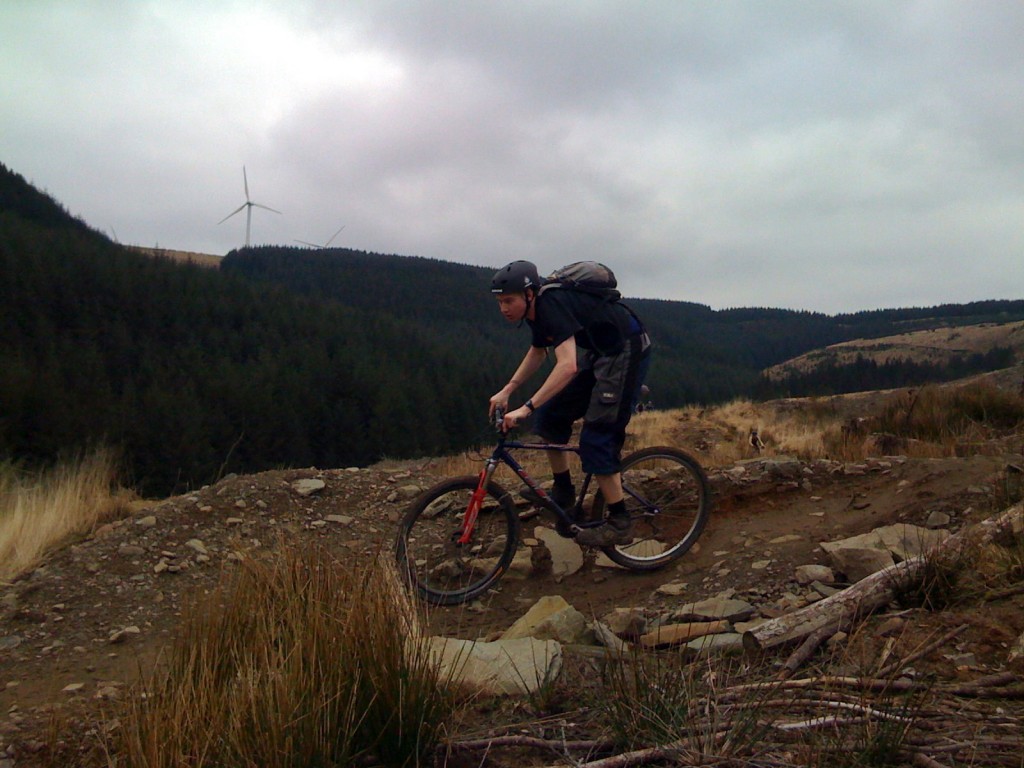 Next time I go to a trail centre I think I'll bring a more appropriate bike, something that wont give up half way round the mountain. Also, the food at the Drop In Cafe is brilliant so don't forget to pop in next time you're there. Fruit cake, Beans on Toast, with more Fruit Cake. And then someone else's Beans on Toast for pudding. Thanks to everyone who came along for the picnic, the drivers for the driving and the cooks for the cooking.