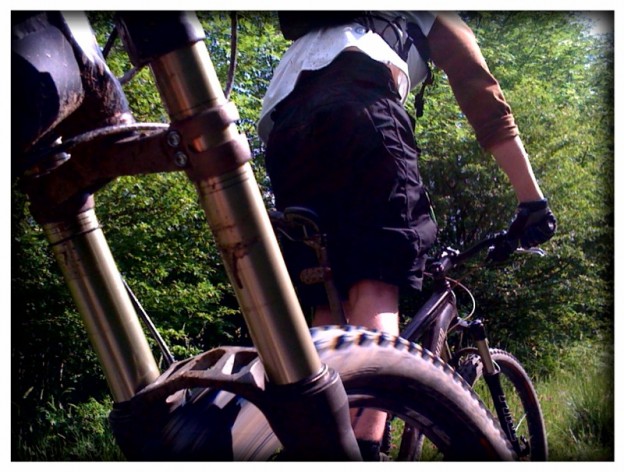 The penhydd trail was fun, some great downs and bearable ups.

God it was hot though.

Lunch was nice too, but the midgies kept it brief.

Have I mentioned that it was hot?

Y Wall tested our fire road tolerance but what a pay off; Zig Zag leaving everyone grinning from ear to ear and and suffering from 'death grip' cramp.

The 5 mile drag to the Glyncorrwg visitors centre was a spirit breaker though, and Jim suffered more than most. 20 minutes of "...its just round the next corner mate, keep going there's a cold one with your name on it..." was all we could do to egg him on.

But the food, the food and beer and cakes.... moving from the DropOff cafe took some real will power. After such an awesome day riding, in the blistering heat, cold beer and good food were like magnets keeping us seated and in total denial of the ride back to the cars.

Within 30 minutes of a surprisingly easy scoot we were showered and changed and heading home...

Little did we know that we had a session of Dr Hotfanny's psychoanalysis awaiting us in the car. Apparently ..... actually no, best not, it was embarrassing enough the first time!

(Whatever you do don't let her measure your fingers!)