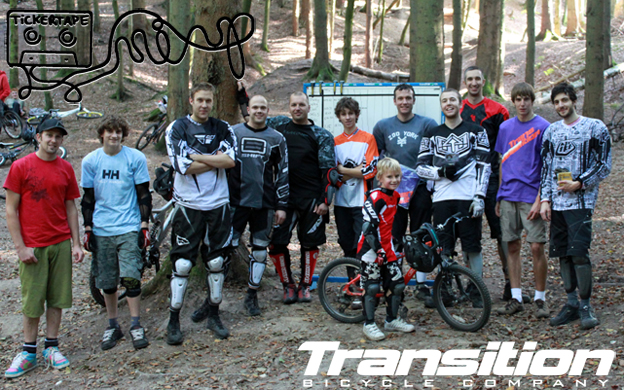 Saturday was like bonus summer time, the sun was out and the trails were bone dry. Thanks to some hard graft earlier in the week BBMS + Moron were in A1 condition so the prospect of riding them and eating four different types of cake meant we were all on a real high.

There were quite a few mini battles going on between riders, Big Bird, Jim and Stacey had each proclaimed that the other two stood no chance. Pre race trash talk is always funny, especially when it goes too far; Jim had stupidly declared  "...I'll sell my bloody bike if Stace' beats me!",  less than 2 seconds stood between him and Stacey by the end of the day - so Jim was either very confident or bloody stupid! Bird took the overall honours though, riding real fast and smooth all day.

Times were really close all day, with BBMS + Moron being basically a one line trail there was always going to be little to separate the riders. That said, getting a clean run is flipping hard, and continuing to push on when you know you've made a mistake was even harder. There were definitely a few field splitting sections though; 90 degree flat left, the section immediately after the log drop and contention corner. Each had to be cleaned if a personal best was to be had.

[Rob] Lewis set some fast times right from the start, keen to make his mark despite only having an hour to do so, then Simon Bartlett surprised a few people by taking 0.3 seconds out of the current fastest with his first timed run! Chris Smith was on form (as always) but suffering a little after an over the bars the day before (he's started making excuses before he starts). Speaking of which I was suffering from my usual stomach paralysis, so was unable to eat any cake all day long! All four of us were posting 54 second times, so finding something to separate us was causing a lot of head scratching (Chris seemed to think that wheelieing would help, though i reckon he just needed to PEDAL!).

A special mention should be given to Daniel who put in his first ever timed run at a TickerTape! Daniel is the most naturally talented rider I've ever seen, and definitely one for the future!

Charles Mountford was enjoying his first TickerTape, and rode with some real determination despite a spectacular over the bars. A few other TickerTape first timers showed up too, keen to watch and get involved (two have joined since!), making the day a winner!

Keith from Transition came along too, scoping out the trails with his brother.  Transition gave out some awesome prizes again, this time both being given for "Giving it Beans!" to Jim and Charles. 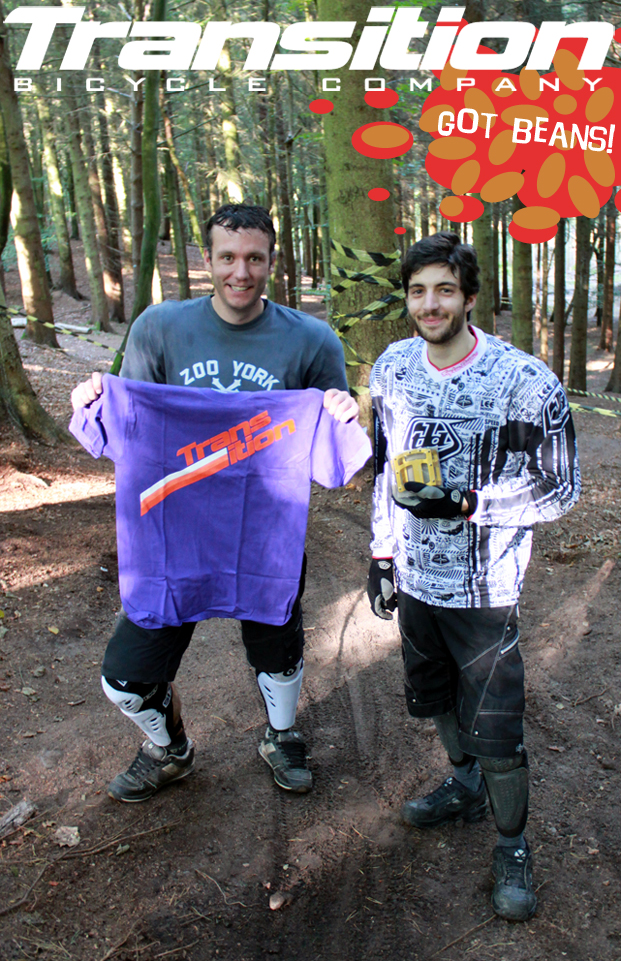 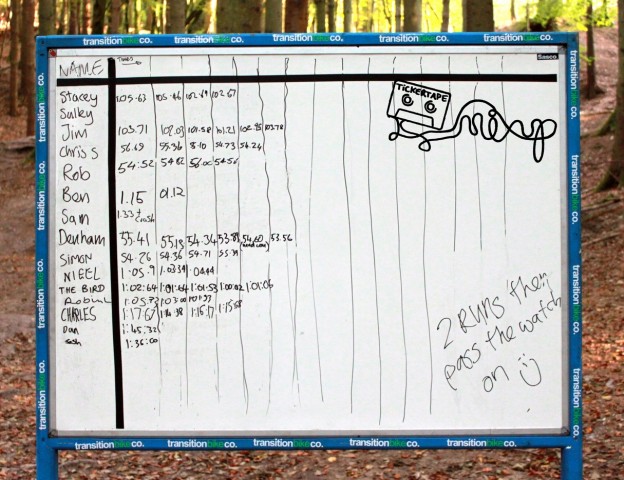