Today 8 people made it out to the DH dig day

Everyone worked hard through the rain and constant bullying - "I can't see any digging!!!! Chedge stop standing there, Ben jump up and down on the mud, Josh...Josh....JOSH!!!!"

By the end of the day we'd finished the massive berm at the bottom of 'Battery Hill' (on 'Puppets'), dug up two monster stumps and started the long loamy raking mission to clear the bottom section of the trail.

The lads below had become a trail digging version of the A-Team, so it seemed only fair that they get to name the feature they'd worked so hard to make. After everyone had a go riding it, giggling like kids riding a massive new berm with a kicker at the end (!) they had made their decision.....

What I hadn't expected was that they would choose to call it "Weeeeee Boing", yes, as in the sound of someone riding the berm whilst saying "weeeeee", then "boing" as they jumped off the end. And Yep. I know.... no really.

But do you know what? It's a great name because as far as I'm concerned they, and the others who worked hard on it last dig day, have earned the right to call it what ever they like.

Well done Ben, Ben, Ian, Josh, Max, Robin and Sam - you've made a monster and then gone and called it Betty.

(Puppets is now officially open again, although the bottom section will still need some work to finish it off) 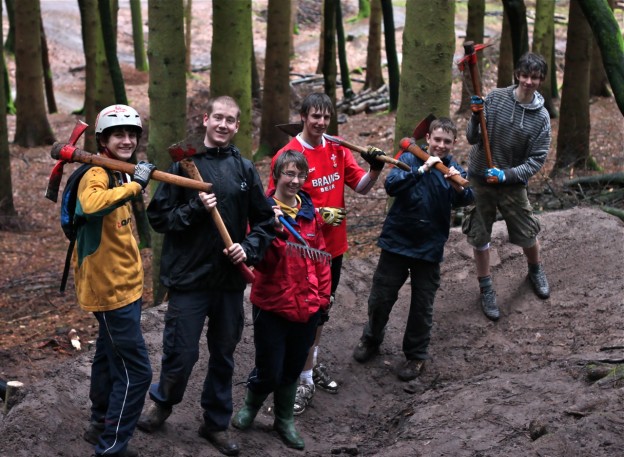 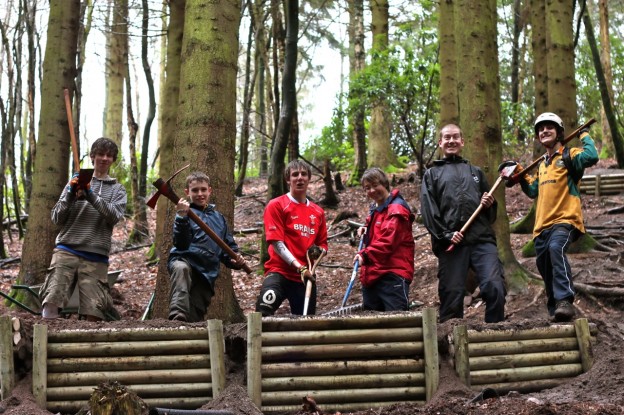 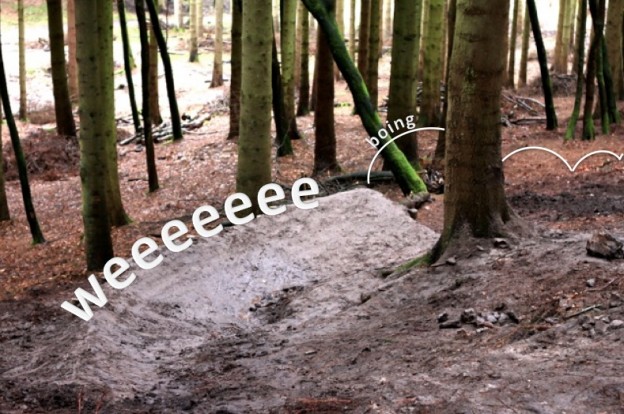