An early start from Frome for Steve, Marjory, Andrew, Pete and errrrrrr....... (Oh yes Kevin !) saw us start riding in earnest at 10.30 , following a slight hitch with one car ending up at the wrong visitor centre (who could have known there were 2 !?!?!?).

Two laps of the very "red" Monkey trail and one of the "follow the dog" ensued whilst we all concentrated on taking the smoothest lines through the berms to avoid sliding off into the trees on the slippy surface - very little mud thankfully !

Steve managed to find a previously unseen side exit from one of the boardwalks and under upside down under his bike a few feet below. A few minutes of bodging followed to re-fit his rear brake lever (common sense solutions supplied by Andrew).

We stopped for a late lunch with lashings of Ginger beer (Lentil and Bacon soup actually) and a bit of a chin wag with Marjory ..........................some time later we thought we should do one more lap of the "Dog" as the final rollers are sooooooo nice and set out to chase daylight for another "estimated 35 minutes" that turned into an hour and saw us back at the cars with very tired legs as darkness fell.

A quick change and off to Birmingham for a very nice Balti with lashings of Lassi (sorry about the beer Kev)! 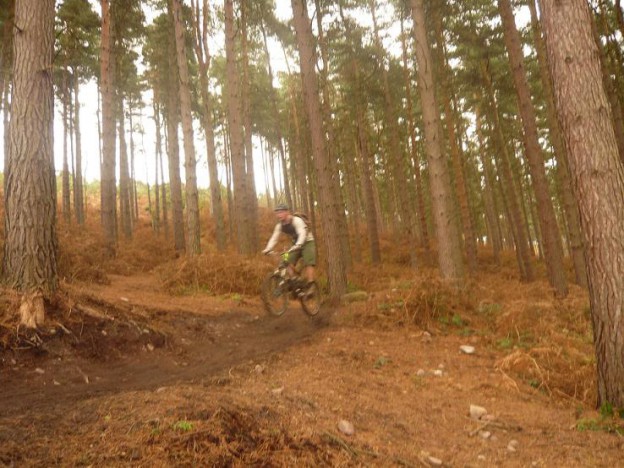 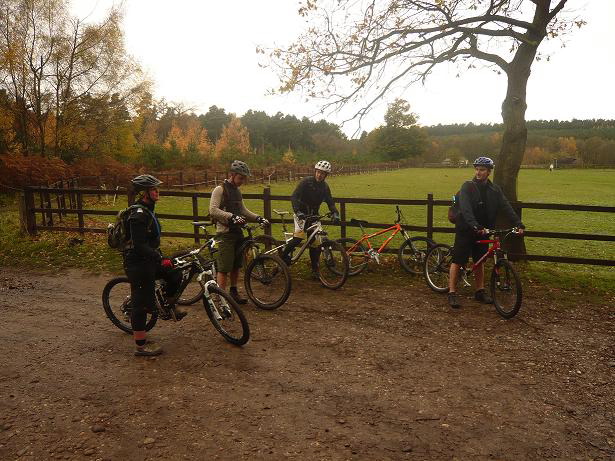