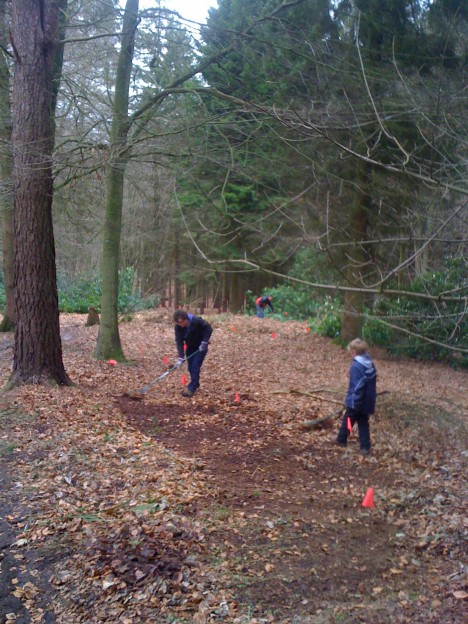 Until Tom's crash I thought it had gone well – enthusiastic volunteers from the crack of dawn – Pip, Steve – joined by (one armed) Andy and his son Matt; Ben and Tom, working hard on BBMS drainage as well as their bromance and Mark arriving just in time to help build a new corner on the course named after him.

After lunch, Tom's crash and cakes we (including new arrival Dan) flagged and cleared a new section in the top woods for the Dinner 'til Dusk course.

At the end of the day as we cleared up the tools Robin materialised (to tell us about his new riding jeans) and then Garry and his broken wrist arrived to ply us with doughnuts and coke – a gluttonous end to a productive day.