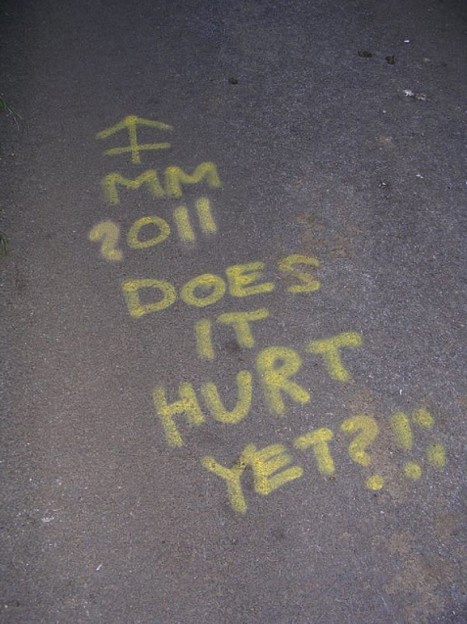 Andy Stewart's words:
"A great turn out, 51 in all. Lots of familiar faces but lots of new ones
too. Some good connections made.

No disasters. A few crashes but no injuries. The route worked well,
despite the wet and mud.

The 'led rides' idea seemed to work ok too (most people still took
maps). A few mechanicals and some splits but I think only one guy (who
arrived late) lost his way a bit.

Most stopped at the pub near the end for a pint and a chat. Lots of
smiles, 'thanks' and positive feedback.

Thanks again to the guys at http://www.cadencebikeshop.com for the
'prizes'. Lots of nominations, plenty of 'spirited' descending and
climbing - most had a go at riding the ford and some had a go at the
unrideable bog, loads of friendly encouragement and support too. After
much debate amongst the ride leaders we decided to award them to:

Emily - she rode on her dinky little Spesh Rockhopper with her dad.
Split off near the end of the short route (it was past her bed time!)
made a real effort and kept smiling!

Celia and Rich - They rode over from Bristol. Rode with the 'Tony, Steve
and Aileen' 'Hard' Group, were both a real laugh, got muddy and bloody
and were still smiling at the end - and Rich did it on his SS!"