For those who weren't aware, last night was our second session of polo. Once again there was a strong turn out, Rich and Tabs made their way over from Bristol with our fresh new delivery of mallets (all 23 of them). It had been raining earlier in the day, so i was worried that it would put people off and make the court too slippery to play on. The court was as good grippy as ever and there were a few new faces, so we battled on through blustery conditions.

I had attached a DIY front wheel cover to protect my precious spokes from the dangers of mallets and limbs. However, handling was compromised and several gusts of wind soon saw me heading in the wrong direction.

In one of the early games Rich and Tabs ended up on opposing teams. It was interesting to watch them play against each other, exhibiting skills we can only dream of! 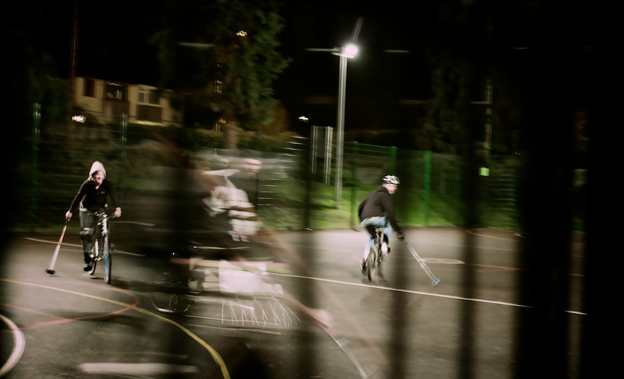