Back in November we started a bike polo club for BCC members and locals alike. Overall it has been well attended, although numbers have dwindled slightly in the winter weather conditions. The next closest club is Bristol, with whom we have been in close contact with, namely Rich who led our first ever session. It was suggested that we met up for a mini- tourney between Cardiff, Bristol and ourselves. However, at this time we had only had a few sessions, we were enthusiastic but completely lacked any skill or ability! Fast forward four months, three destroyed wheel covers, two lost polo balls and one broken polo mallet and we were prepared for a thrashing.

There was quite a lot of confusion, as it was announced at 2AM Sunday on Facebook that the game was cancelled due to (lack of) attendance. I had resigned myself to a day of laziness and switched my alarm off. However, at 9AM i was informed it was back on, so i rushed a bag together and sped over to Beckington to meet Mark and Juliet who had kindly offered to drive. 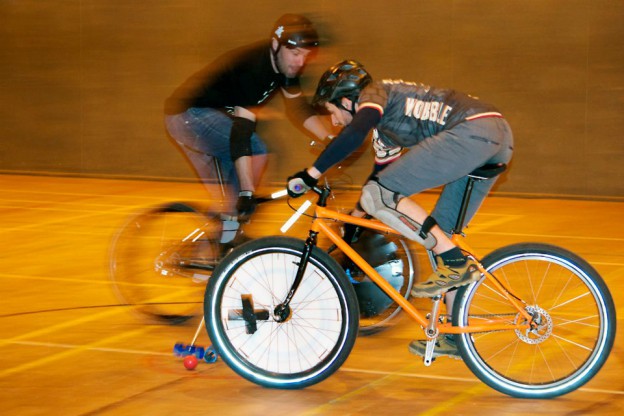 Finding the campus didn't go as smoothly as we had hoped, but then we only had a street name. We passed a college that appeared to be abandoned- walls suffocated by graffiti and barbed fences for keeping unwanted visitors at bay. After driving past several times it turns out we were in the right place. With much skepticism we headed into the campus, we quickly noticed an open door and a few bikes. We had arrived.

After the standard meet and greet with the locals, Chas, Tom, Mark and myself took to the court. It is an indoor arena, with wooden floors and boarded walls, there is also a pit for spectators to heckle the players from. It was refreshing to play out of the elements we are used to on our court, in warmth with music and facilities. 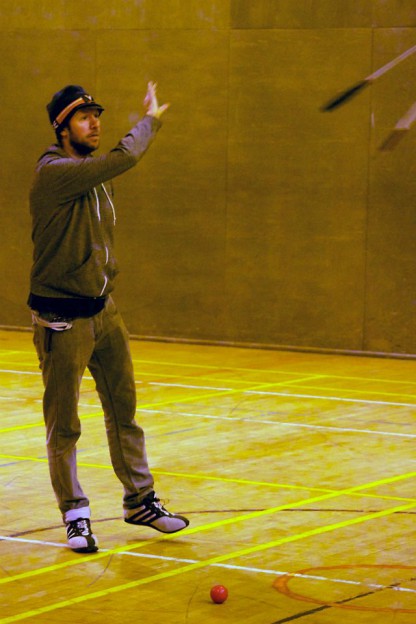 Teams were decided by a "throw in", when each mallet is taken and three are thrown either side, simple. I had the idea in my head that all Bristolians were world-class Polo players. In fact we provided a fairly even match, which made for challenging and engaging games.

Each game was first to five goals, towards the end games were lasting a lot longer, every point was a battle which made for exciting viewing. There were a few slams though, the surface was not as grippy as what we are used to. Chas took the prize for biggest crash of the day, i'm pretty sure he left some precious brain cells on the court (Good job he was wearing a cricket helmet, or it would have been an A&E trip).Overall we held our own, and are planning to do the same next month as well.

If you're interested in getting involved with Polo, feel free to come along on a Wednesday evening and give it a go, see HERE for details. 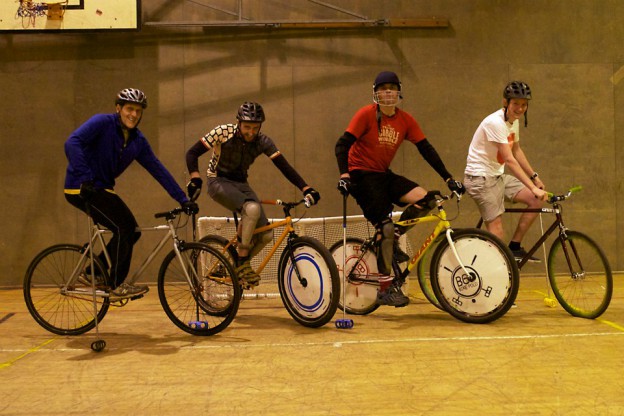