We convened on a misty Sunday morning at the Cheese and Grain, ready to make the hour-and-a-bit journey to "that car park" in Dunster. The drive was pretty uneventful, i was looking forward to seeing the views as we got closer to Dunster, but they were hidden under a blanket of foggy nothingness.

Mr Truelove met us there aboard his new steed, Penny. It was possibly the biggest bike i have ever seen, yet looked completely in proportion! The next 10 minutes contained faffing, fueling and flapjack which led to everyone being ready and raring to go. 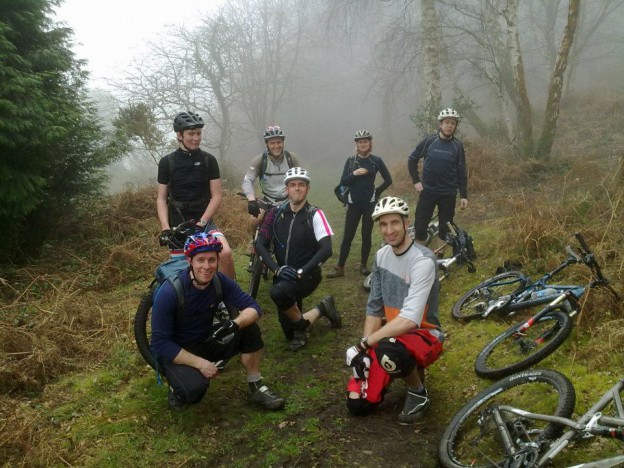 After a short road section we were at the beginning of the trail, which was a steep narrow bridleway (which turned out to be the main ingredient of the ride). I was already struggling, as i was aboard a rigid/ Singlespeed 29er but it was too late to swap bikes now. We had only been riding for 2 minutes and Kev managed to snap his new chain due to his raw hill climbing power (or the fact it wasn't fitted properly). This was a quick fix though and we struggled on, turning left at heaven and going up a little further.

The climbs were always repaid by exciting downhills, however, the first descent was something a little different. It must be the steepest gradient i have ever ridden, mixed with the loose dusty ground it was more a test of nerve rather than ability. All made it down in one piece and we made our way back up via another steep climb. 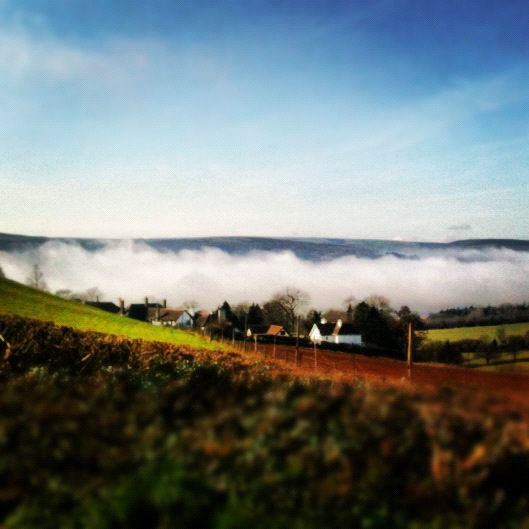 You needed serious legs to make each of the climbs, they were made to torture enthusiastic mountain bikers which meant many ended up pushing to reach the summit. But it was at the top that we found a selection of breath-taking singletrack. Fast, flowing, technical, rooty, rocky and steep (obviously) trails that left a lasting impression.

It was very much a case of rinse and repeat for the remainder of the ride, but with a little more road and fire track mixed in to gain some easy altitude. We made it back to the car park with 3 minutes to spare on the 4hr parking tickets, perfec' timing. Everything got packed away into the cars, and we wondered into Dunster to grab a bite to eat. There was a quient Deli that sold pies and pasties, so we filled ourselves with some home made tastiness and ambled back to the cars. 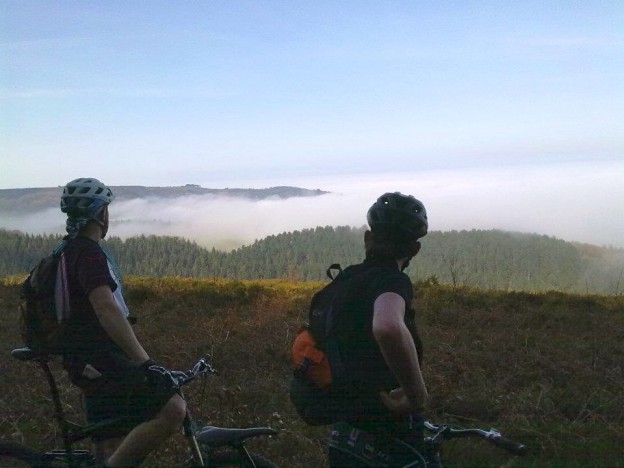 All together a brilliant day was had by all, the mist eventually cleared to provide some amazing views and the trails were in surprisingly good condition considering the fact it's March. There was only one injury, a rogue boulder jumped up and bit Chas, providing him with a "Shin Nose", but he managed to soldier on after a plaster and some jelly snakes.

Thanks to Chas for leading and providing the route and thanks to everybody for good company. See you next month 🙂