Gareth suggested a Saturday ride on the club forum which evolved ( as these things seem to ) into a small group of us going of to Swinley forest in Surrey to check out the trails.

Swinley, BTW is actually closer than you - or at least I - would have imagined and only about an hour and half away.

We arrived at about 9.30 and after a brief interlude to put a chain on Gareths bike and allow those who hadn't previously booked an online permit to get one ( £2 ) from the visitor centre, we set off to explore the myriad trails on offer.

The party consisted of Mark, Juliet, Kevin,Andrew,Steve,Gareth and Pete and we floundered around a while trying to find the "good stuff" and asking directions of the locals.
When we eventually got it together we found there were trails everywhere, we would follow a twisty ribbon of singletrack for a while until we popped out onto a junction and then it was a quick look around before diving back off down another promising looking trail.

The trails were refreshingly firm and the climbs short and sweet , the worst part of the day was being continuously offered equally tempting choices at every junction and fork in the trail - a really hellish day in paradise !

We eventually headed back to the cars with my rear tyre patched with gaffer tape and Gareth on a single speed thanks to his prehistoric chain finally biting back and tearing his rear mech off!

Thanks to all involved but especially Gareth for giving us so many opportunities to make our " reader tips" bodges a reality and Juliet for the baby wipes ( DO they make them from real babies ?) 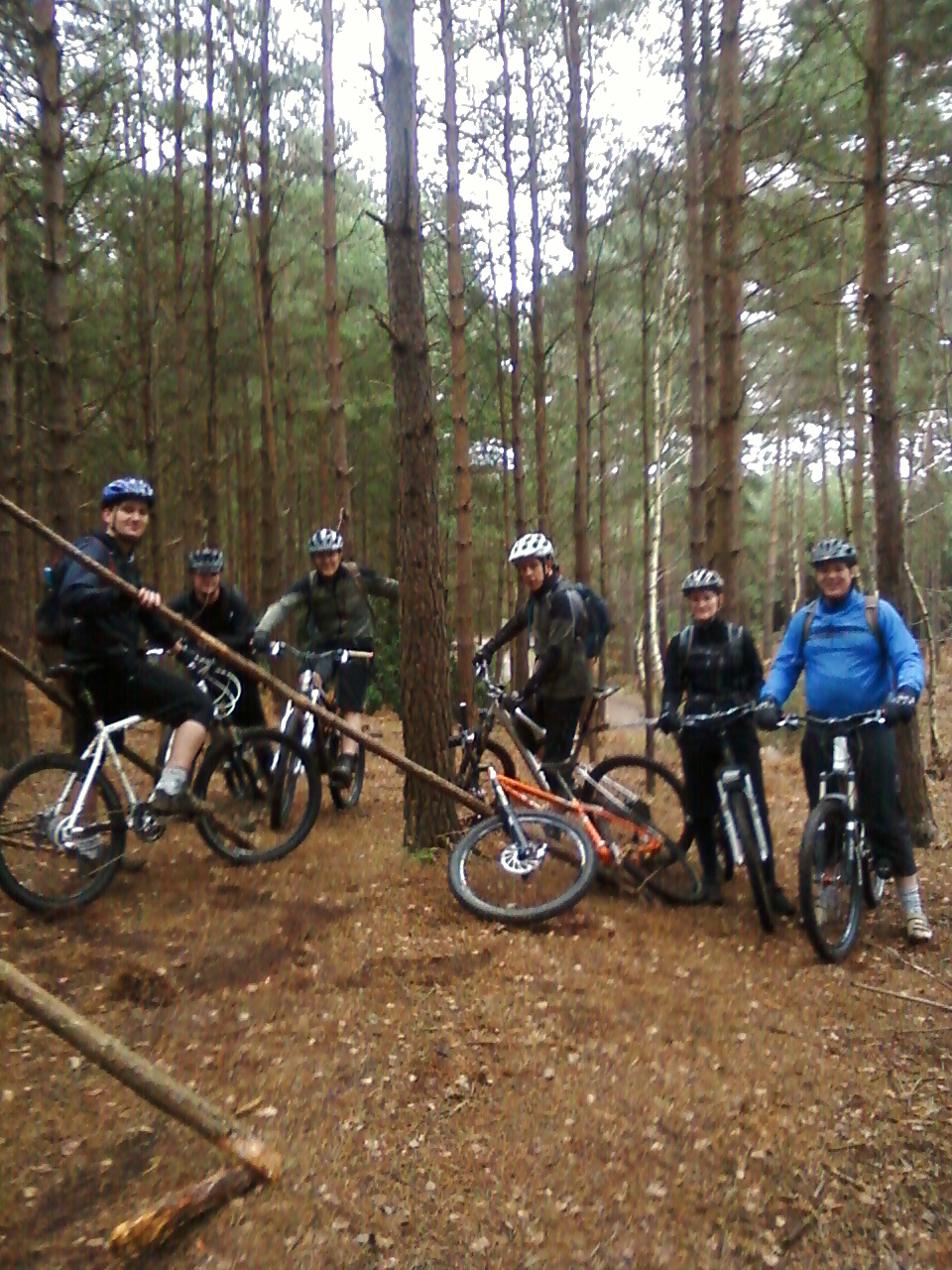