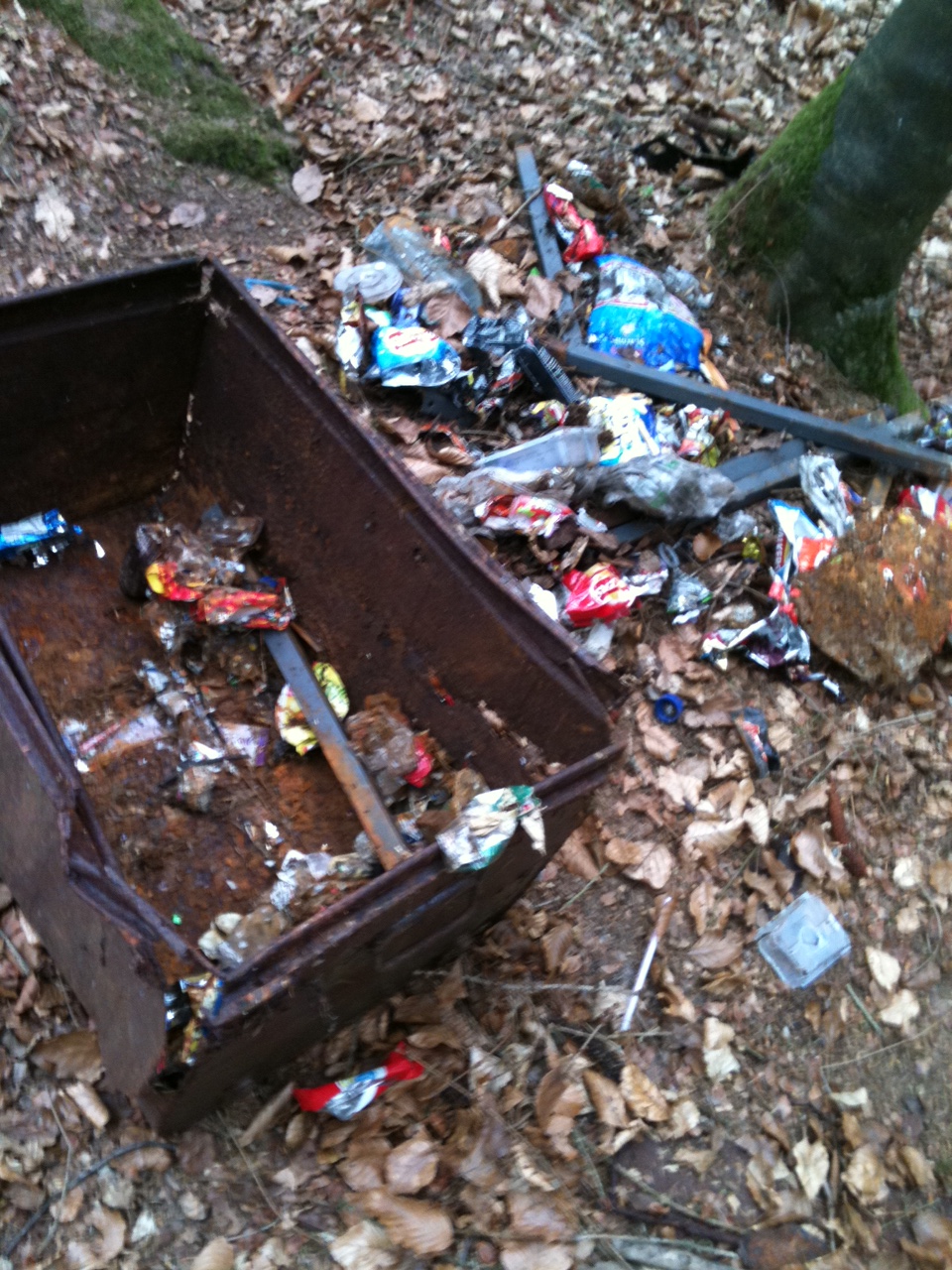 Following on from Sunday’s Dig Day, I can report that The Allotment is absolutely devoid of litter. Not a trace. Not so much as a Werther’s wrapper or an EPO syringe. Rien. Nada. Zip. Zilch.

Sadly, however, the same cannot be said of the rest of Longleat forest, and this has become something of a bugbear of mine over recent weeks. For me, a ride is partially spoiled when I’m nipping gazelle-like [don’t laugh] through some sinewy singletrack deep in the undergrowth only to find a discarded carrierbag with an empty six-pack of “Monster” cans nearby.

I’m certain that BCC members are not responsible. But there’s an awful lot of litter around the trails we use. A Mule-bar wrapper here, a Powerade bottle there. Everybody drops litter. Sometimes accidentally. Even I’ve been known to stuff a wrapper in my pocket only to find it’s not there by the end of the ride. I had to punish myself quite severely for that one.

So, it’s a big forest, but if we approach it methodically, I reckon we can put a substantial dent in the litter levels out there. I suggest a Bike Ride/Litter Patrol one evening, which will combine a leisurely ride with litter collection along the way. It should only take an hour or two if there’s enough of us. We’ll set off for a section of the forest in pairs, each with an empty rucksack, lined with a bin-liner. One rider fills the others person’s rucksack so he/she doesn’t have to keep taking it off or putting it on. Simple as.

I realise collecting other people’s litter is an unpleasant chore, but as well as giving you that inner glow of being really useful, there will be the added incentive of free drinks/cakes for all do-gooders supplied from Mr Denham’s van. I have also hidden a £50 note in an empty Quavers packet somewhere in the forest. And if nothing else it’s a gesture of goodwill to the Longleat estate, proving that we genuinely care about the forest we ride in.

A show of hands, first, please, to see who’s willing to help out. So as not to intrude on the Tuesday Nightrides, I suggest a Thursday evening and maybe starting earlier than 7pm? Possibly even THIS Thursday (21st Apr) to make the most of the good weather?