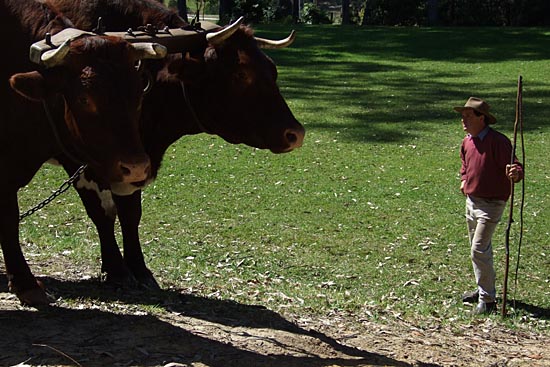 Eight of the more foolhardy members of the Tuesday Nightriders had to demonstrate their cattle-wrangling skills last night when they joined the Anti-social group's ride.
.

En route to some newly-found and much-hyped singletrack, they had to negotiate a series of field-edge bridleways the last of which contained a herd of very inquisitive and frisky bullocks. Not knowing quite how to deal with an approaching army of two-ton bovines, our intrepid band of non-farmers walked/trotted/ran their bikes through the enclosure, desperately trying not to start a stampede or spook the residents. Visions of that scene in Black Hawk Down where the Somali locals swarm on the doomed, crashed 'copter, or that scene in LoTR where the orcs are chasing the Fellowship through the Dwarf Mines of Moria flashed through my mind... Anyhoo, we all made it safely through the farside gate (just) and nervously laughed-off the experience. Now on to the more serious stuff of enjoying what we had come for.
.
This singletrack nirvana was about a mile-and-a-half in length. Starting inconspicuously on nothing more than a deer-track through bluebells near the edge of the woodland, it continued unbroken for over two kilometres. It could easily be ridden in one continuous length, but this being new territory and under encroaching darkness, we paused three or four times to regroup. Occasionally dipping under the odd low deciduous branch in its early stages, it wound its way around the periphery of the wood. Soon it widened and became loamy as it dropped steeply down through conifers to the river, offering up some interesting roots, drops and dips to surmount along the way. From there it narrowed again and followed the watercourse downstream, twisting and rollercoastering between the trees and over fallen logs. A short, sharp, unrideable rise near the very end was the only major obstacle to interrupt the flow. By the time we emerged at its end onto some fireroad, eight white grins in the forested twilight indicated that we'd all ridden some of the finest singletrack on offer in Longleat.
.
We arrived back at the pub 22 miles and nearly three hours later, only to find it in darkness and no sign of the Social group... maybe they had fallen foul of those fire-breathing, man-eating young bulls...
. 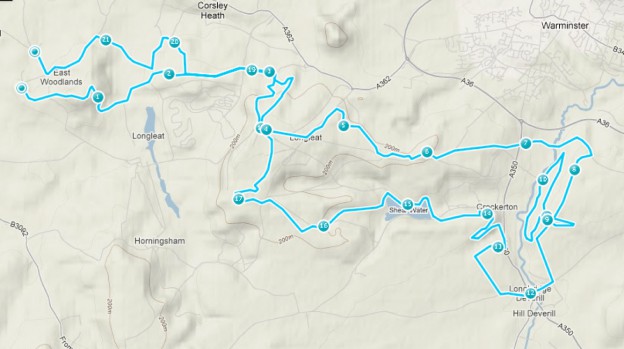