TickerTape Rnd 1…wow it was tight! 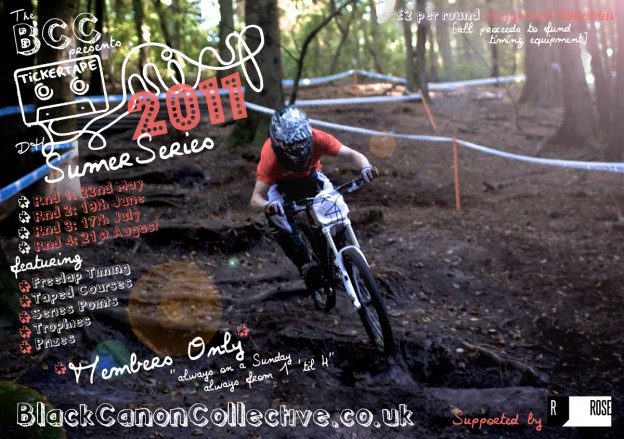 Here we are again, at the start of another TickerTape series... except this time the weather is on our side!

Leaving the track announcement to the day of the event certainly made for some interesting racing as some had banked on Puppets being used, so had spent time practicing confident that their efforts would pay off. Unfortunately for them SPOONS was the order of the day, and Practicing Peter's aside it was a very popular choice.

Now, apart form the course announcement there were a few other changes; the event was shorter by an hour, and we brushed UCI rules aside to allow a certain OAP mountain biking legend wear what can only be described as a paint on FOX T-shirt in a bid to finally win a coveted TickerTape sticker. Skintight clothing is normally reserved for our XC or Retro events, but we figured that Steve is pretty retro (over 40) so would need all the help he could get.

Well we were wrong, he schooled every one of us including Mr Smith and led the event from start to finish. Chris wasn't best pleased with the Commissar's T shirt ruling and could be heard protesting that the only reason Steve was wearing such a tight T shirt was because he'd developed moobs and needed all the support he could get!

Now Chris, I'm sure you could grow moobs like that too... so don't beat yourself up about it, you must be nearly 40 by now anyway?

Back to the racing, well there were plenty of entrants, and a few new faces too. Nick G impressed with his playful style, pulling tweaks off of every feature and making everyone cheer as he styled his way down the course. Tom Dunford's riding also drew a lot of attention, it was attacking and daring especially through the dreaded tight middle section where he flicked the bike confidently between the trees getting sideways but always making his way through. Both won beans for their efforts, and rightly so.

The new berm was pretty popular as were the slight changes to the routing over a couple of features, it's nice to make the odd change, keeps things fresh and keeps people on their toes, though some would have benefitted from a map taking the old line out of the berm as if on auto-pilot.

So that was it, a great start to the series, with plenty still to look forward to.

Special mentions should go to Nigel Fudge for competing in his first TickerTape, Ben Batt for looking scary as ever on a bike, and Rob Lewis for timing only one run but getting a 4th despite hating the bike he was on and being a bit worse for wear.

Check the calendar for details of the next round, don't bother asking me which course it'll be on though as I won't tell you!

Photos thanks to Aaron Veness, and Daniel Irons 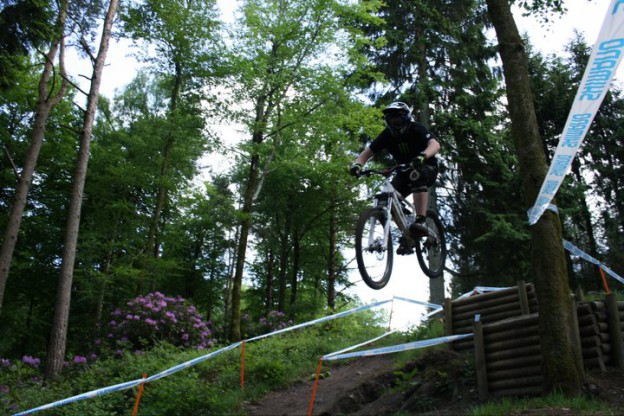 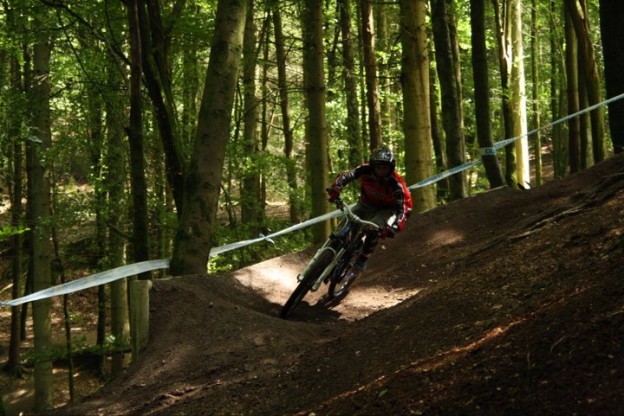 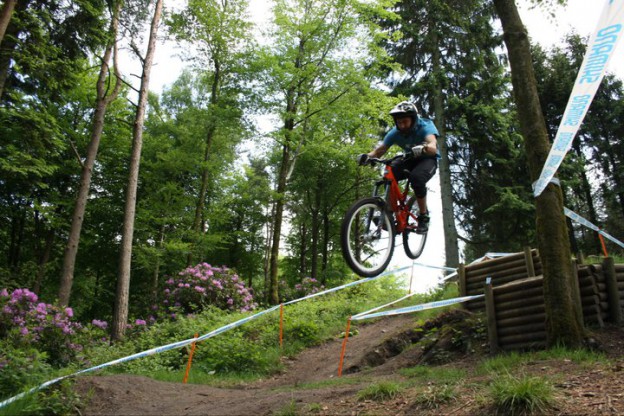 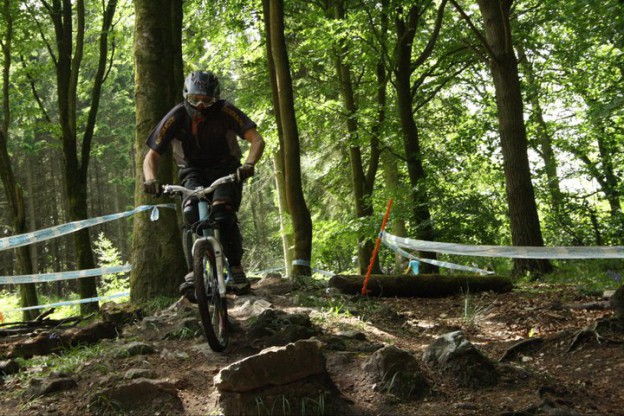 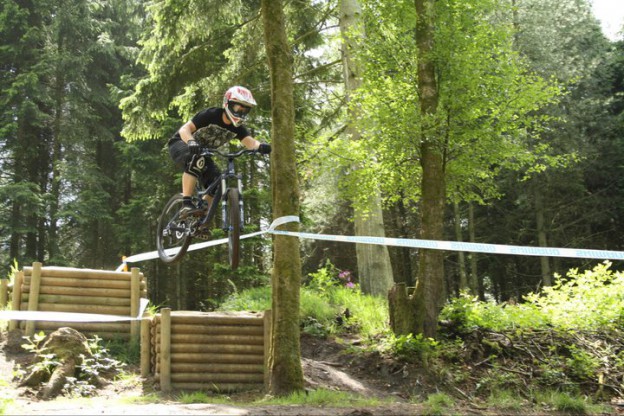 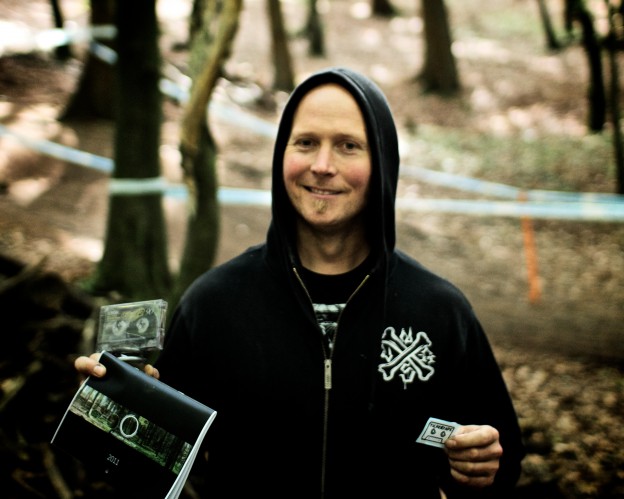 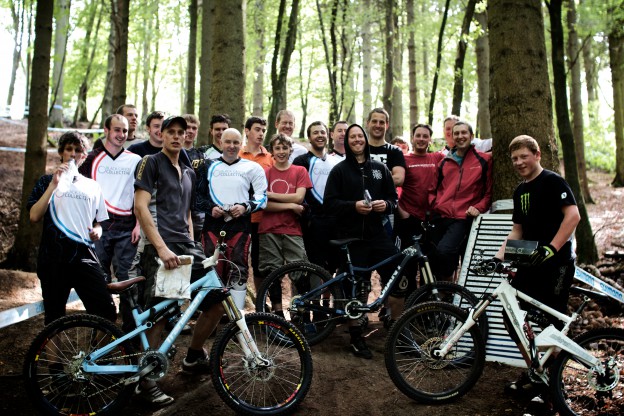 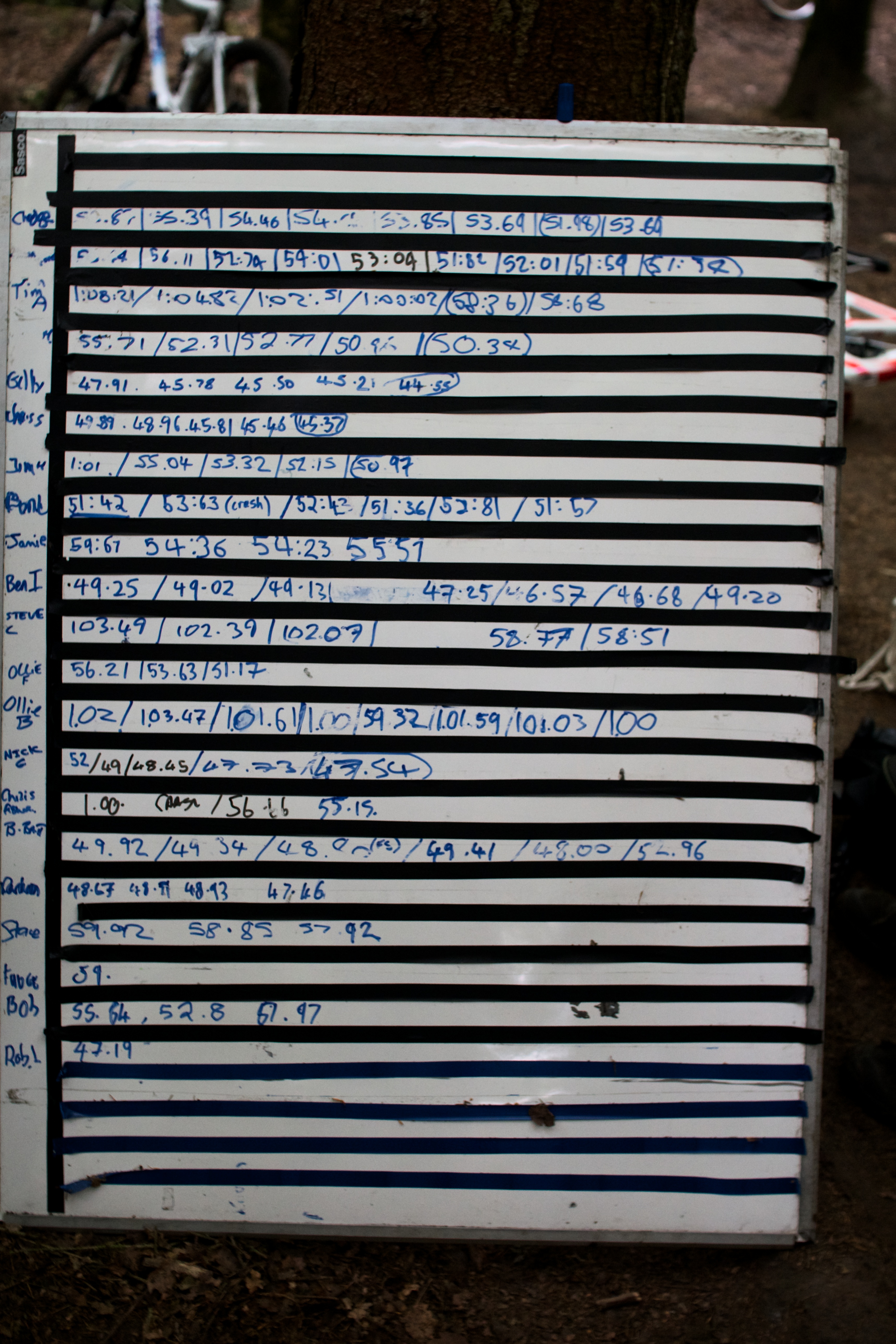