Massive thanks to the die hard; Ian, Sam, Will and also Ryan.

We worked really hard to get every DH trail running sweet (after all the recent rain damage), put up a sign on the notice board and erect two new tool stations to encourage members to do some maintenance in between sending it off spork, chatting in the seating area or hiding bikes in trees.

We had to completely rebuild the flat berm (after spork) on spoons, as whoever had recently "repaired" it had done so by using a lot of wood and some crazy stakes about an inch from the riding face. Please don't do that again, we appreciate the effort but the end result meant that we had to start from scratch after removing all the wood.

We also managed to scope out the whole of the Xc descent, including the very top.

There are two new features already lined up on Puppets and BBMS that we couldn't start and a load of bigger projects just waiting to be started but with so few people we did well to achieve what we did. 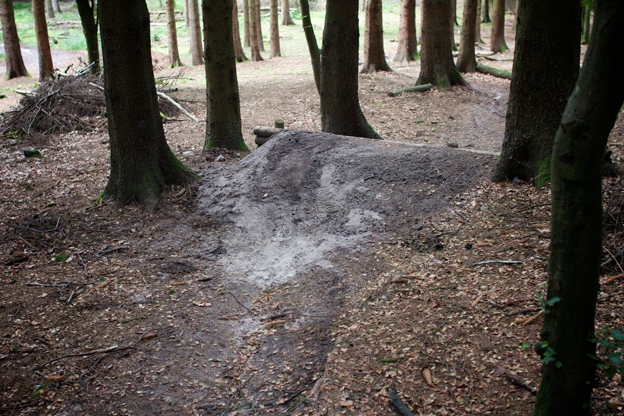 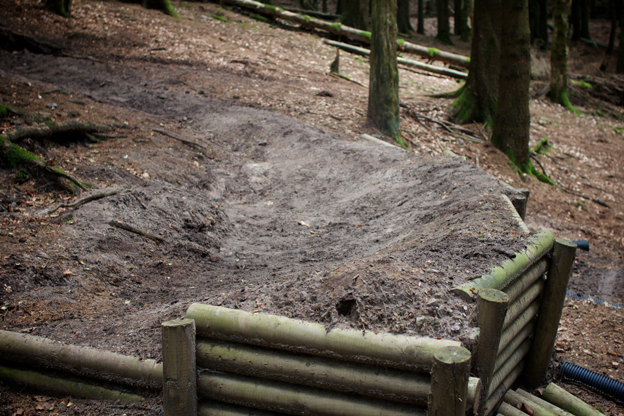 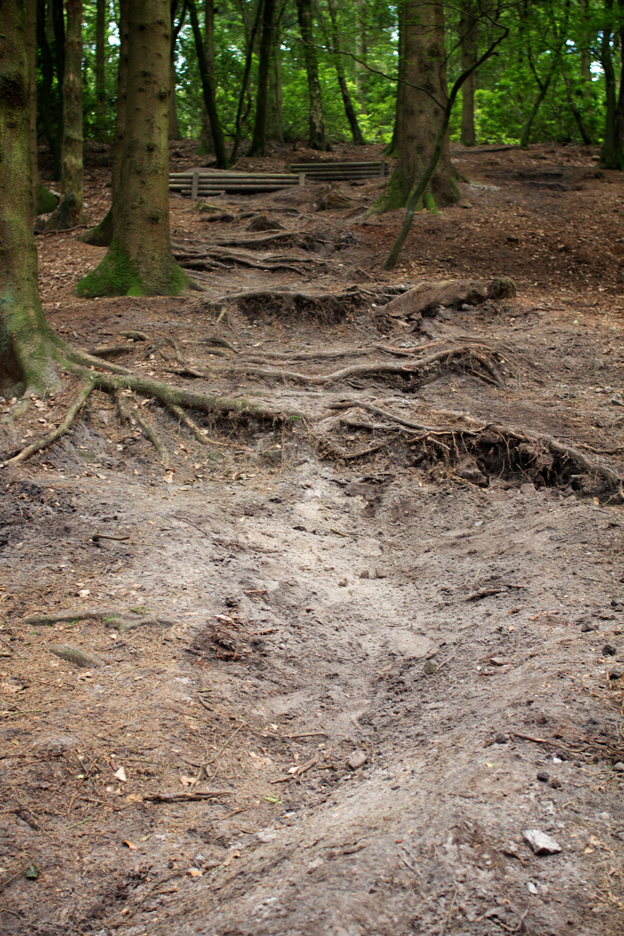 Battery hill repaired after much water damage, but it's rougher, that's for sure! 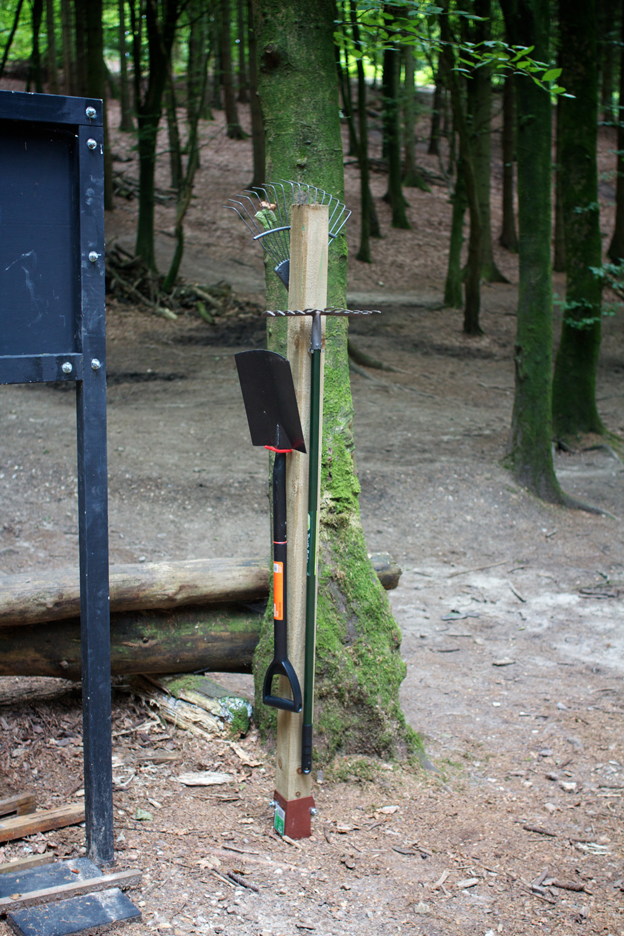 The first of the new tool stations. Please use them! 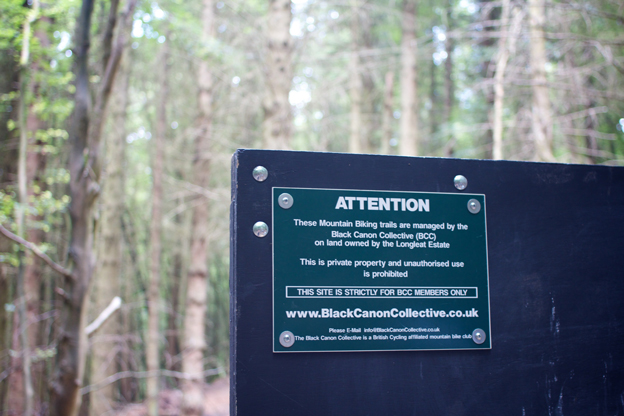 No excuses, there for all to see... 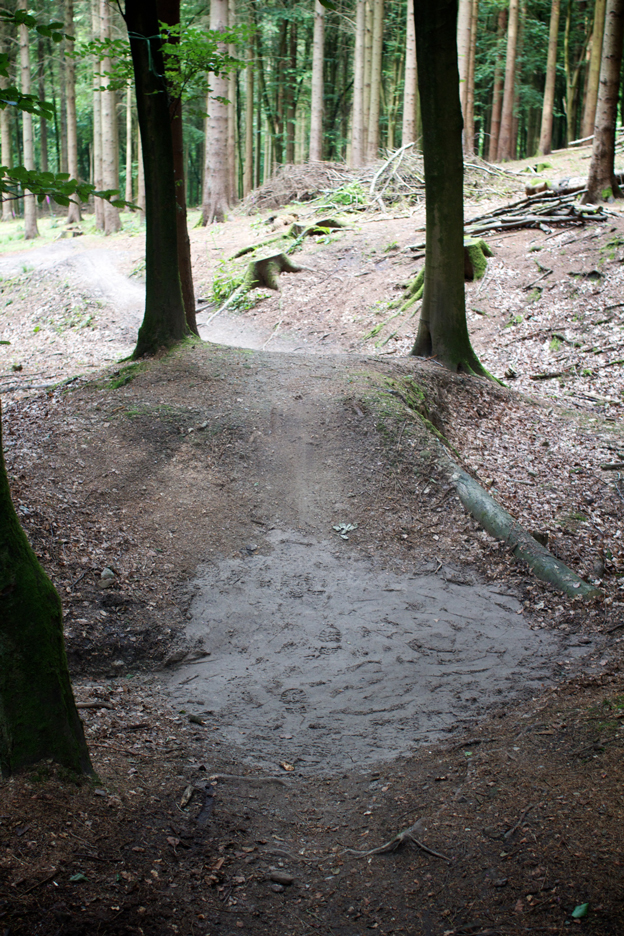 Raised the level of the base of the table top take off on 143 to help with drainage off to the sides. 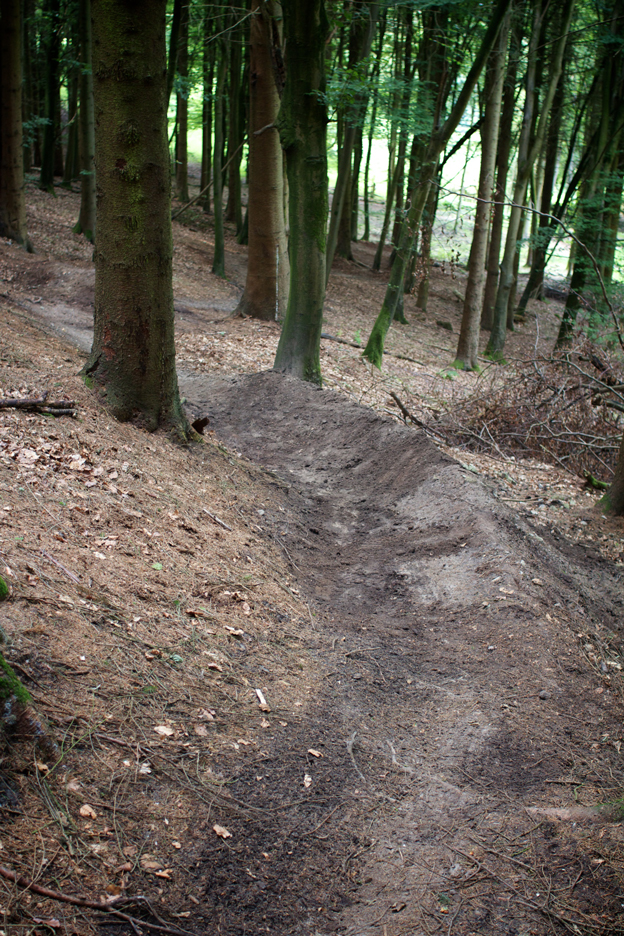 Re-cut and shaped the lower berm on BBMS, removing loads of silt. 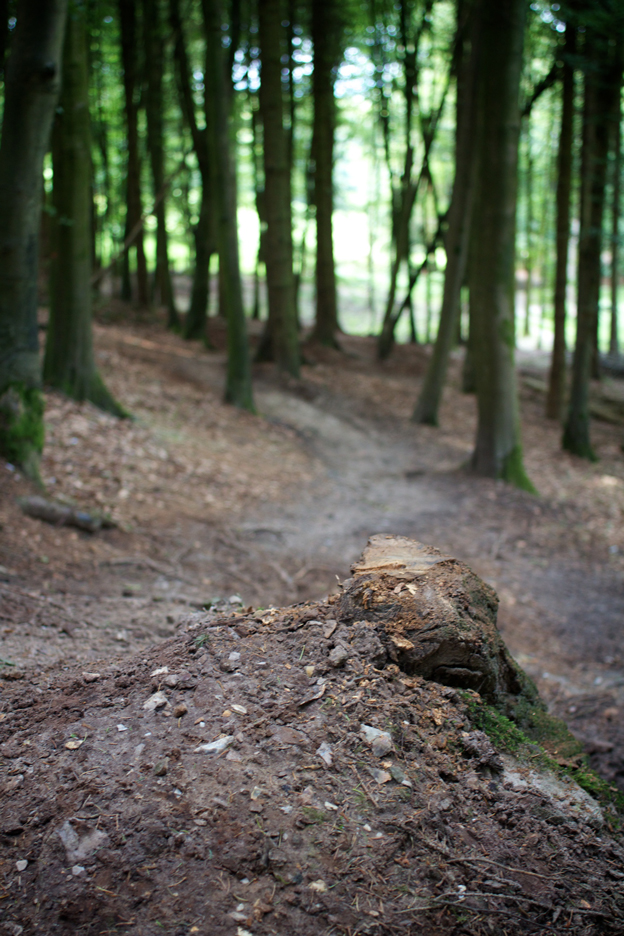 Cut the rear-mech remover from the mound, just after the berm on BBMS. 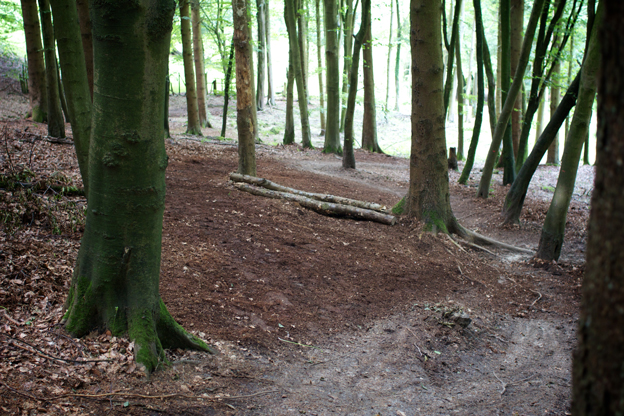 BRAND NEW option routed, marked and raked, instead of the c***y rooted corner on BBMS. 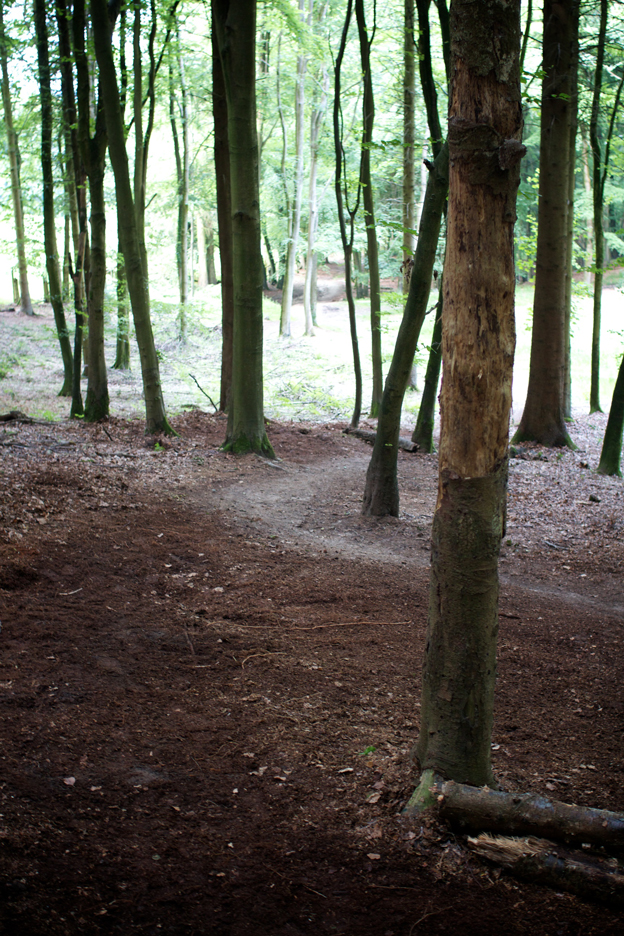 Slight tweak to the next section too, it's no longer straight... (BBMS) 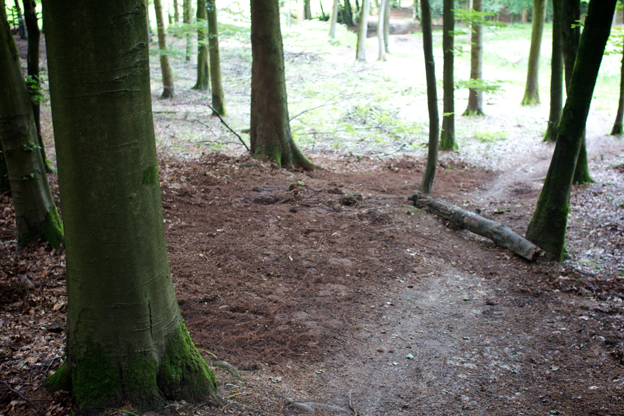 It's going to be super drifty and fast... (BBMS) 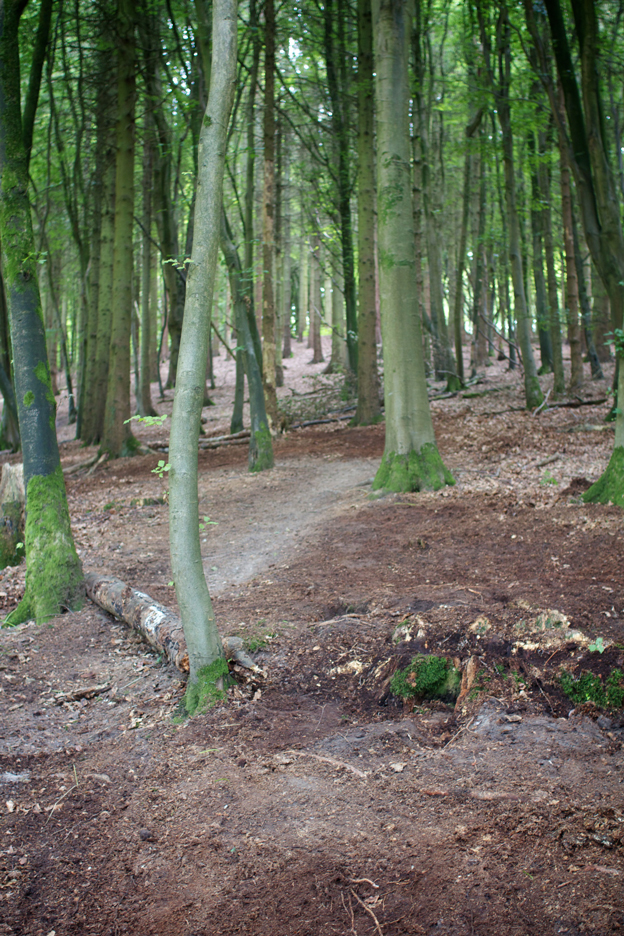 Looking back up at the new bit, flick flick flick, full speed, drifty fun...got a kicker to build too. (BBMS) 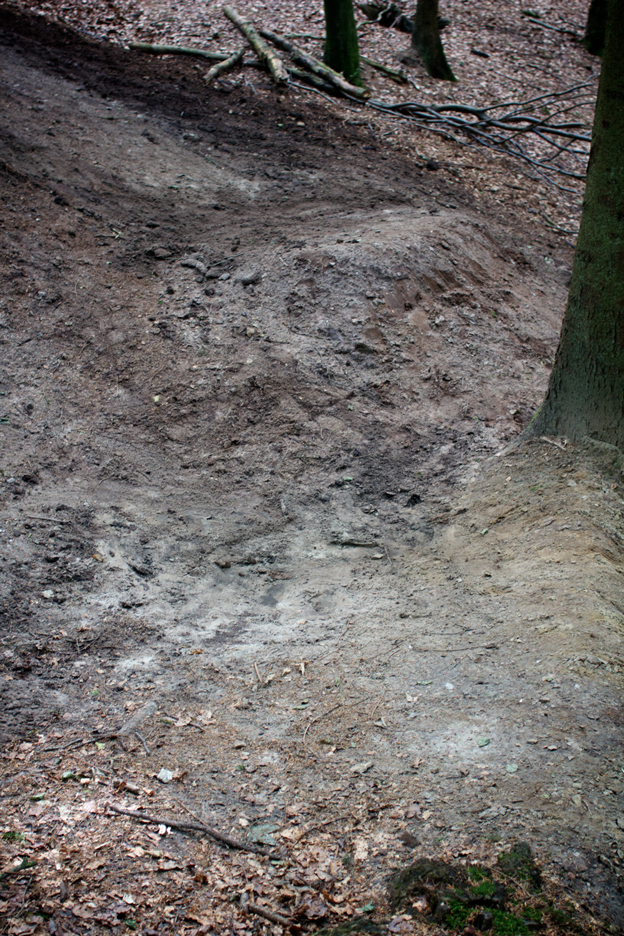 Removed barrows and barrows of silt from Rolo and the original double on Spoons. 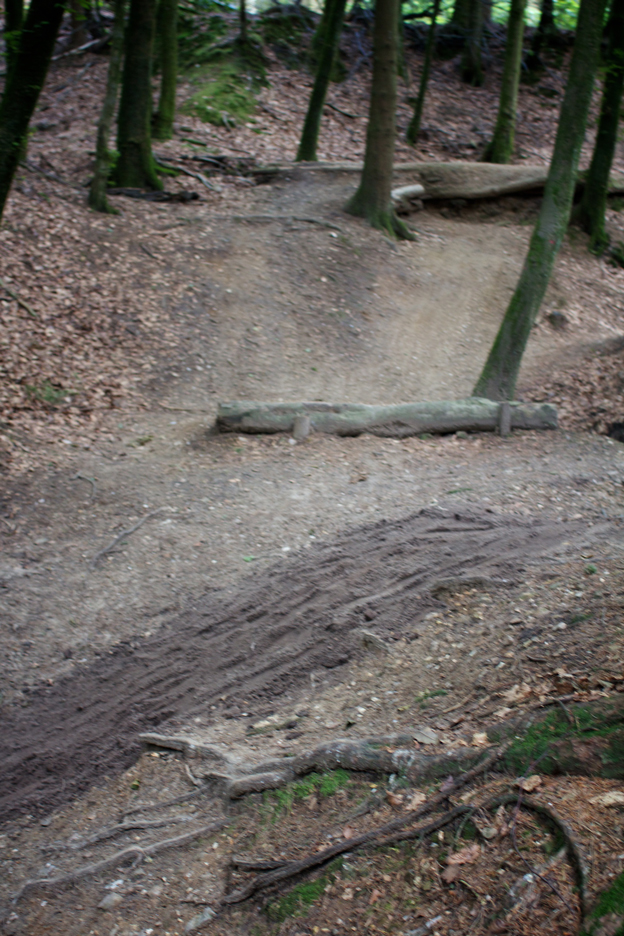 Re-filled the deep drainage rut across the Flip-Flop landing on 143. 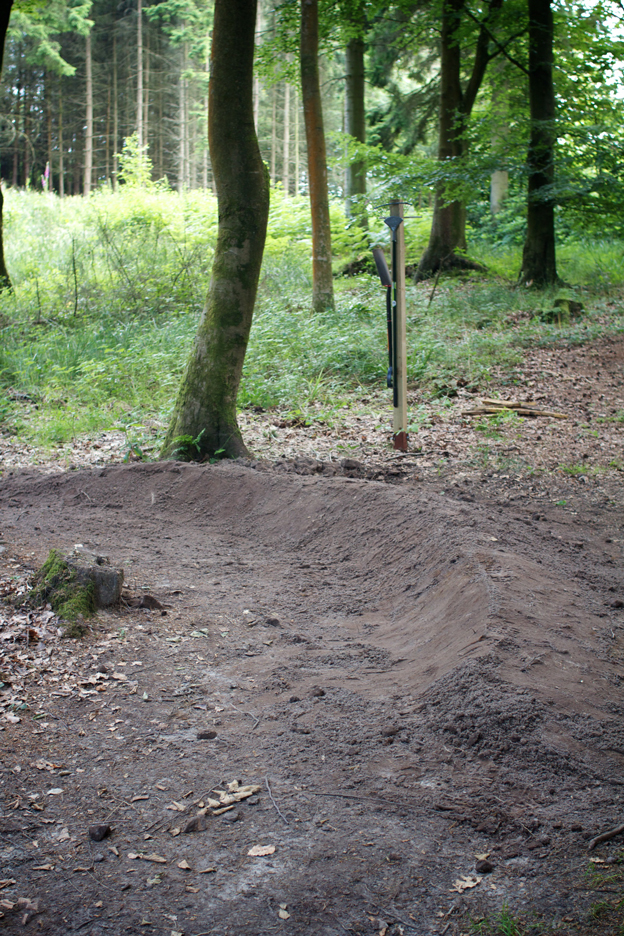 Completely re-built and shaped the flat berm after finding some crazy stakes... (Spoons) 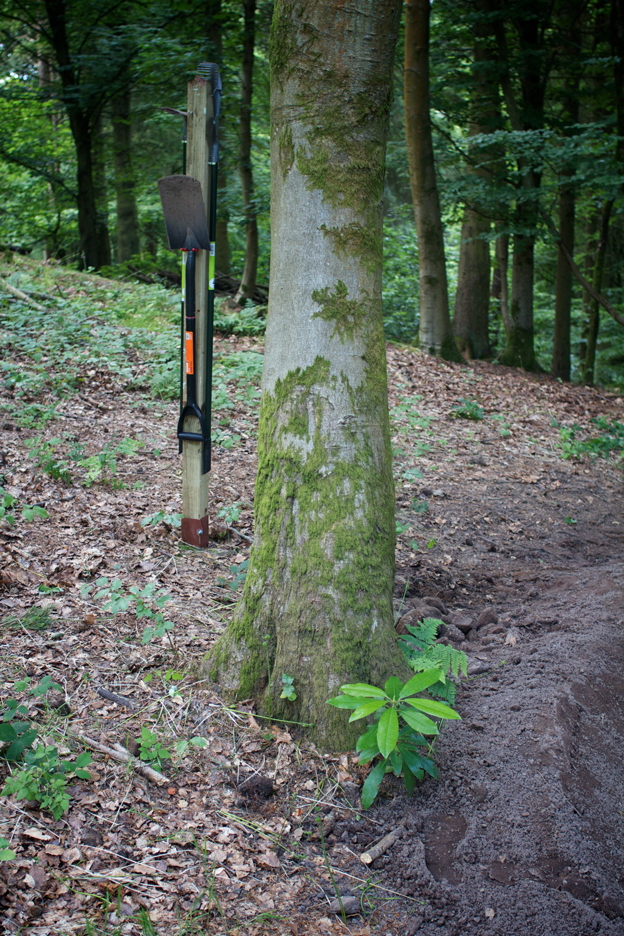 The second tool station, no excuses now...if it's leafy - please rake it, if its broken - please repair it. 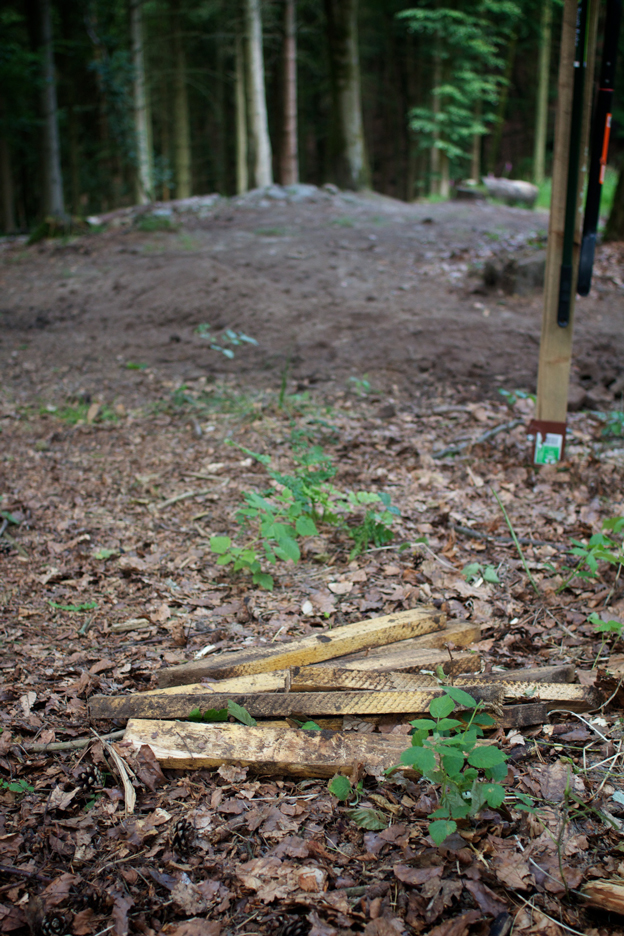 Who put stakes in our berm??? We had to completely rebuild it....! 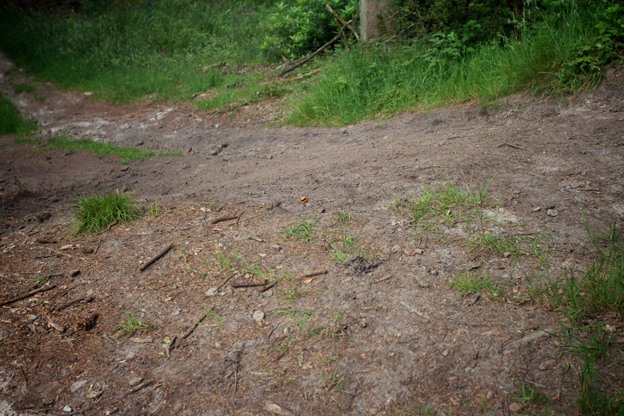 Took the knuckle off of the Spork landing to reduce the chance of any nasty over the bar action on Spoons. 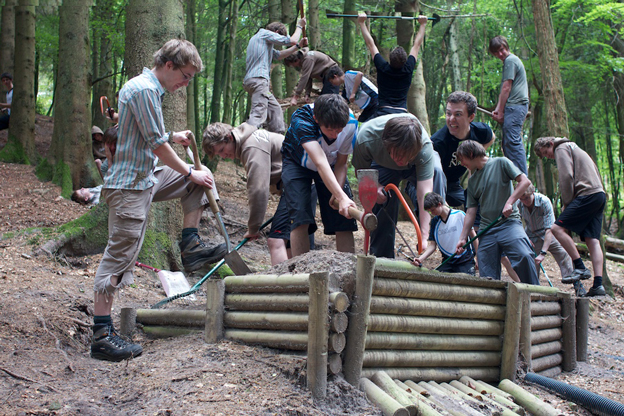 Now I don't like to be negative, and I know that many were away this weekend, but there are many more who weren't. We all love riding at the Allotment but that's only because of the hard work and dedication of a few of us who spend hours looking after the trails and building new stuff at the rate that we can given the numbers who turn up. If you want use them please come along and help us to not only look after them but make them better and add more of them too.

It's not a lot to ask really, just that everyone start pulling their weight so that we can all enjoy the trails together...