Dinner 'til Dusk: The Results Show 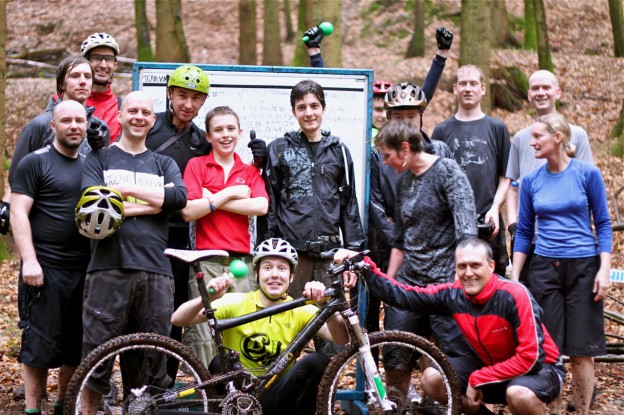 Sunday 25th of April 2010 saw the first of what we hope to be a regular event - Dinner 'til Dusk.

Starting at 14:00 (after some terrible time planning from me) the various solo riders and pairs set off to see how many laps of the 15  minute course they could do in 2 and a half hours.

After a hectic (on foot) sprint to the bikes the steady lapping began, with Simon Truelove of the Flowerpot Men back first from the first lap in the warm conditions.

As the minutes ticked past fatigue and mechanicals starting to take their toll with Dan H losing a front brake pad and Dan I continually having to adjust his saddle.

90 minutes into the riding the rain began to fall, with our jester (see the videos) kindly taking on board wiping and lap recording duties.

Maths came into play with around 20 minutes to go, with calculations being made as to whether another lap could be squeezed in, with Juliet amongst those who forced another lap from tiring legs.

As people finished a crowd grew around the timing board, cheering, rattling and clapping in the riders as they finished, with Mark taking the win with 11 solo laps and the Flowerpot Men (Simon and Ben I) finishing with the most laps for a pair (13).

Then onto the prizes - for giving it beans! Many people were in contention - Charles and Ben L for their final descent style, Stace for battling through his mechanicals, Timmy for arranging a bike swap to improve his lap times by six minutes and Pete for altering the course marking tape to befuddle all those behind him. 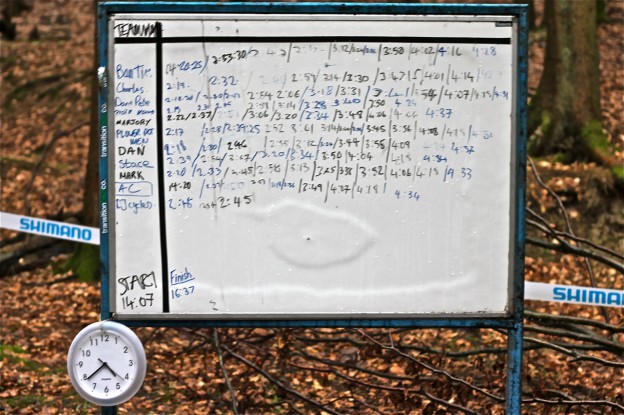