The Fast and the Furious

TickerTape is always fast, hell that's kind of the point...but today was particularly fast because Spoons had seen some tweaks that increased speed through some of the fastest sections of trail we've got at the Allotment.
Ben and Ben (Batt and Irons) were on the pace from the off-set with both taking great pride unveiling their current fastest time with as much fanfare and suspense as is possible with a raised eyebrow, a whiteboard and a squeaky pen.

Charles Mountford managed to brain himself on a tree then punch the ground (screwing his wrist up) within 10 meters of the start line. Yep, that straight bit. Between the trees. With no corners or features. Yep, right there.

Ever keen to showcase my incredible triangular bandage skills I saved the day (by putting a tube sleeve bandage on and accidentally wrenching his bad shoulder whilst laughing at something Simon said when I should have been paying attention). Still, he took it like a man. Grrrr.

Jamie Friel was ripping all day on a multitude of different bikes. Having his bike stolen last week was crap but on the plus side he must have ridden about £14,000 worth of bikes over the course of the day!

Simon (Big Burd) managed to get worse as the day went on despite looking smoother than all but Ben (Irons), I reckon he was missing the usual banter from Stace, Jim and Robin or was in need of some alpine air to bring out the best in him.  Robin did make it in the end, but we reckon he should've spent the afternoon trying to get that Duran Duran style bleached quiff sorted instead.

Other than plenty of all round Gunning It there were some that stood out above than the rest.... Jamie McDougall managed to look much faster and smoother than anyone had ever seen, even after destroying his big toenail by kicking the ground then ripping it off with a set of pliers and a tyre lever he continued to impress and was the worthy winner of the Beans award. Ben Irons was the other Beans victor, setting the pace and riding with more grace than a hardtail should allow. Something's happened to Ben recently - he's stopped looking like a gypsy and has bought a bike that actually works and as a result he's killing it and is only getting quicker...

So there we go that was this months TickerTape - riding bikes fast between trees with mates.

Thanks to everyone for setting up and packing away, to Tom Rickhuss for the photos, Shimano for the race tape and Schwalbe and Monster for the prizes.

p.s. Oh...and...Ben Batt was the fastest (at the expense of his brothers bike) and the most visually impressive too (even though I've realised he looks like he's doing a gorilla impression when he rides)! Oh yeah, and what's with that eye of his....? 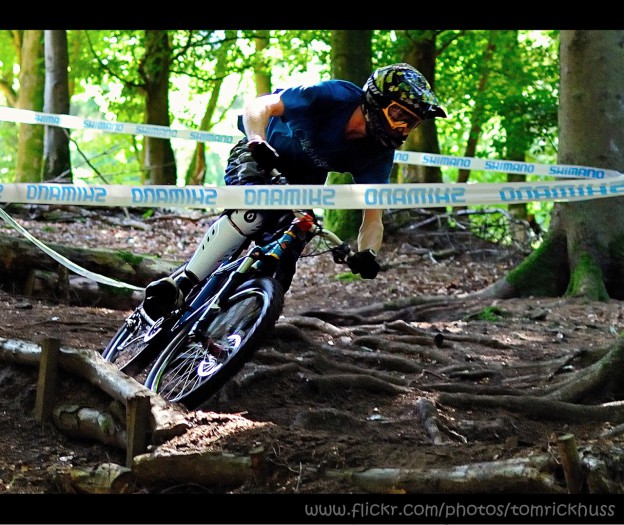 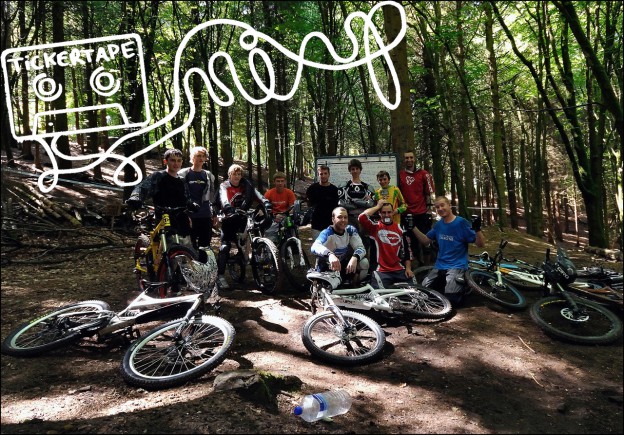 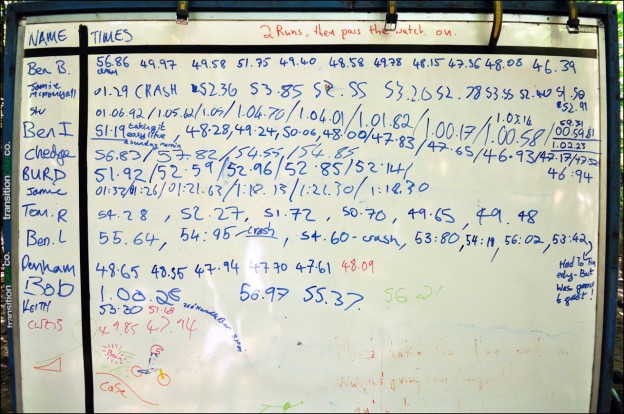 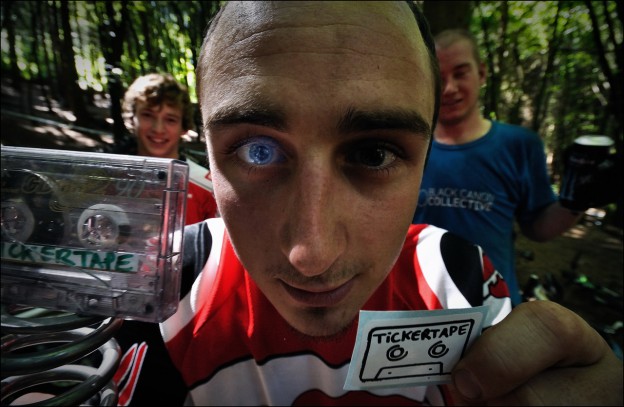 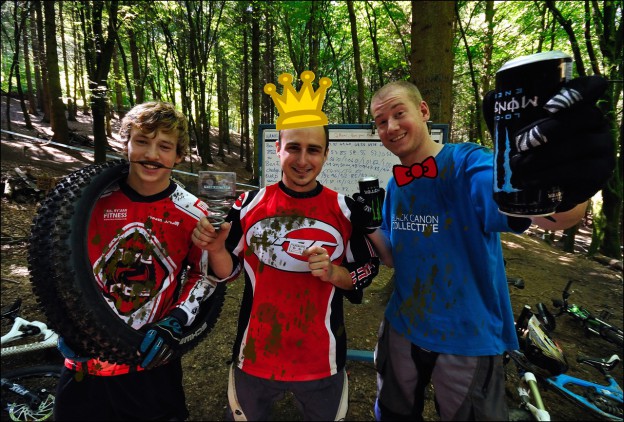