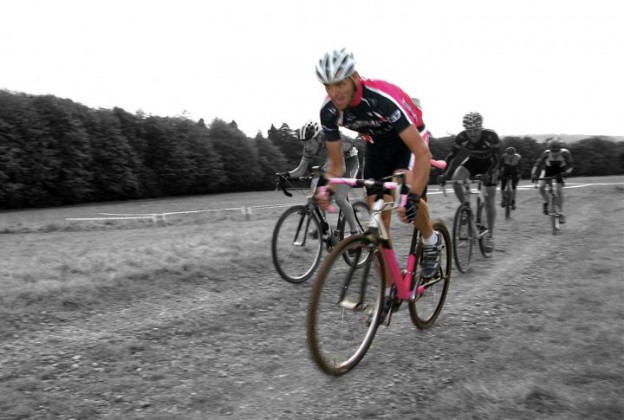 Everyone knows that club member Chas Thursfield is fast, but did they know he was this fast!?!?

Thursfield, who lives and works in Frome, finished as fourth senior in the last two seasons but turned 40 this year and won the veterans' title at his first attempt.

The Western League series consists of 15 races between September and January, with a rider's best nine results counting towards their final score.

Thursfield is a member of the Black Canon Collective, a mountain bike club based in the Longleat Estate, but is a sponsored rider for Bristol-based team Dream-ZeroG.

Despite a disappointing start to the season after an interrupted training schedule, Thursfield's results improved as the league went on and he clinched the title at the penultimate race in St George's Park, Bristol.

The riders were met with challenging conditions but Thursfield battled through several inches of snow and temperatures of minus-four degrees to finish fifth overall, more than half a lap clear of his nearest veteran rival, to gain an unassailable lead in the standings.

Cyclo-cross is a winter cycle sport described as 'steeple-chase on bike' and the hour-long races are hosted by local cycling clubs and organised under British Cycling's regulations.

The fast-and-frenetic races take place on playing fields or parkland and comprise multiple laps of a short course, mainly on grass, and often include steep banks, mud, hurdles, steps, ditches and sand-pits.

Modern cyclo-cross bikes are not too far removed from road bikes but are stronger, with lower gearing, more powerful brakes and fatter, knobbly tyres. For more information, visit www.britishcycling.org.uk/cyclocross.