The weather was booked in advance so we were greeted with warm sunshine and a gentle breeze as we arrived in Porlock. 8 riders took on the challenge of Sean's outing which promised some "punchy climbs" and some long descents. Having ridden the Exmoor Explorer previously some were prepared for what was waiting for us but after 1400m of climbing and 40+km distance we were all in awe of our ride leader. He had scoped out the route and rode it all in 4 hours - sadly he was on his own when he did this and there was no-one to verify his claim. We would not, of course, have any comment to make about his good character and honesty. 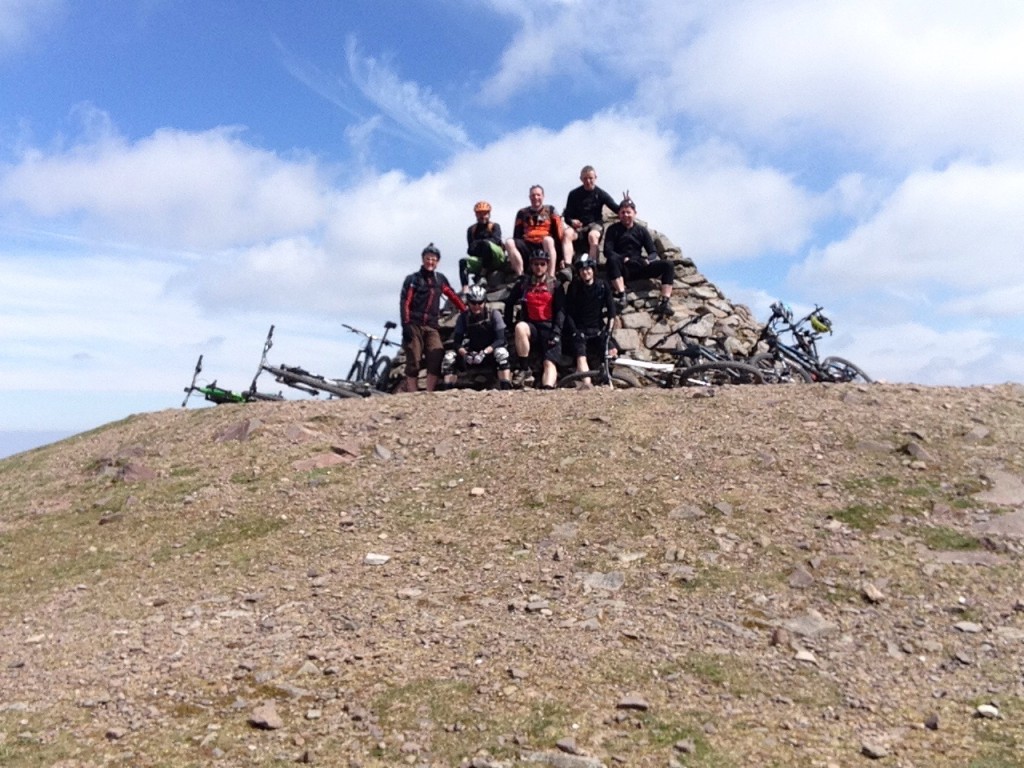 From the car park at sea level we climbed and climbed in beautiful scenery pending the first descent which was a neat introduction to what was to come. A selfie stick was produced and how we enjoyed the moment! The only punctures of the day came on this descent and sadly one of the group punctured at the top (no one took the micky). Following this was some fab XC riding and a short stint of tarmac to get to Dunkery Beacon. This offered the opportunity for nuts and bananas or malt loaf depending on each riders personal preference for high performance food intake. Photos were taken - the selfie stick was replaced with a tripod and photos from the beacon were taken before we took to the descent. This proved to be a rocky river of shattered stones which made the forearms quiver and numbed the fingers as it went on and on. Grins were huge and there were no crashes although there were real tears when a tranny was abused! 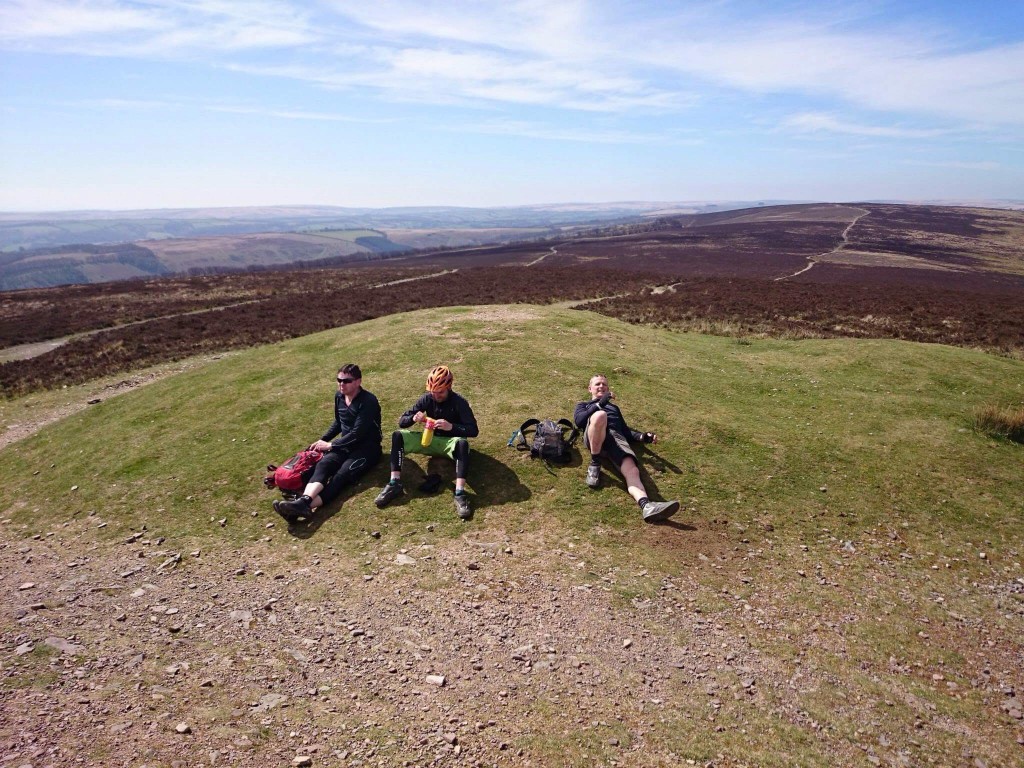 More XC riding traversing hills on singletrack followed and we were almost back. However the closer we got to the car park the further away we were as the ride leader teased us with trails that wound this way and that. At this point I will have to confess to witnessing some pushing of bicycles as there were some very steep bits. However each up was rewarded with some exhilarating down. The final descent was dusty and narrow with whoops and grins we descended, at speed, to near the finish. 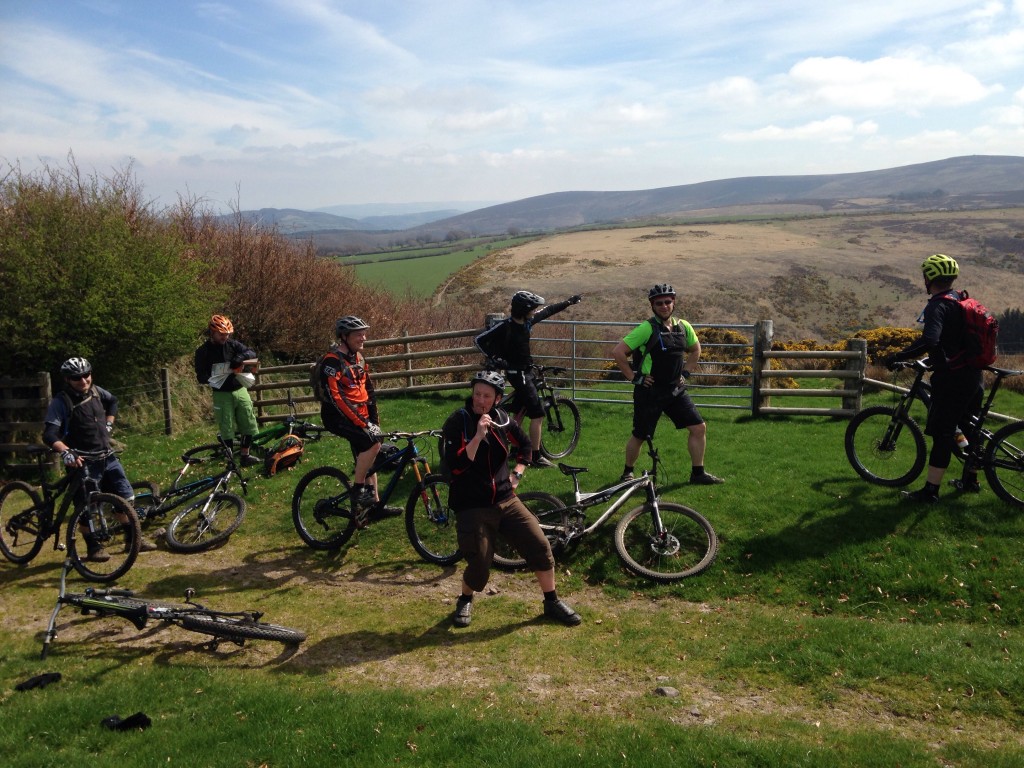 A final piece of tarmac to the nirvana of the ice-cream van was negotiated and all arrived back safe and sound. No one sensible fell on the tarmac and there was no blood! 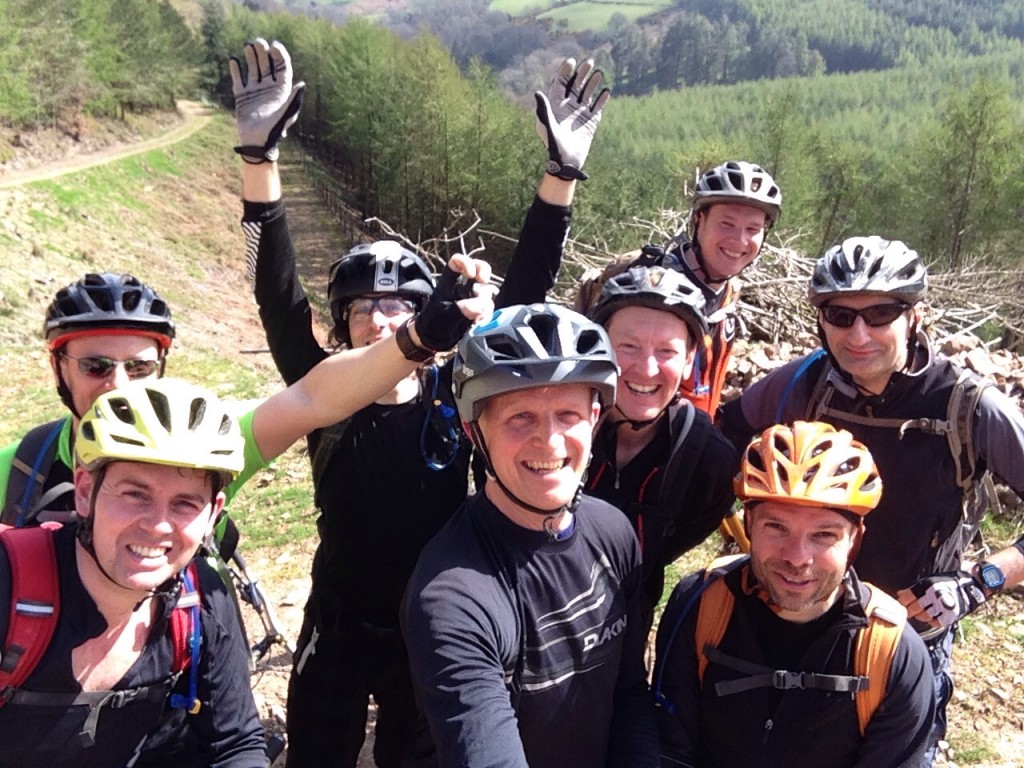 Bring on Heaven of the South, May's ride away.