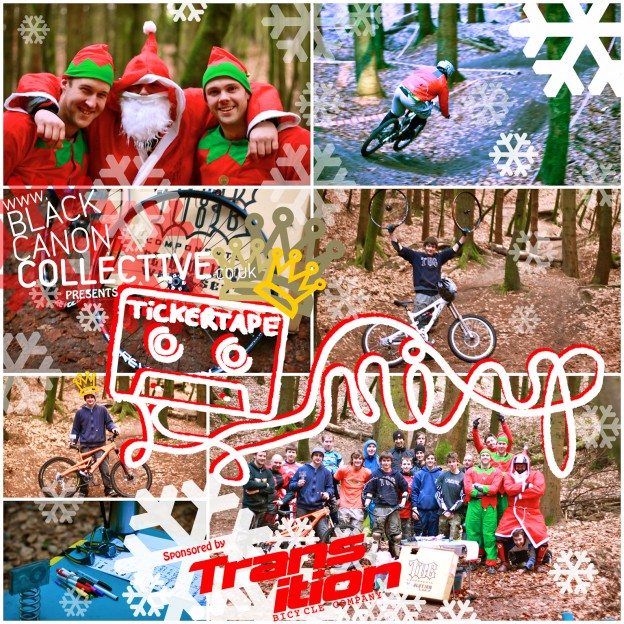 Yesterday saw the very first TickerTape Triple Crown; an epic rally style DH event with no time for 'dilly dally' and the incremental search for that perfect run a fond but distant memory. That's right, one run was all you got and time wasn't on your side either; with 5 Freelap watches, 20 riders and little more than an hour to practice and get a timed run in on each trail, lets just say the last 15 minutes of each stage was pretty frantic!

Icy trails, frosty leaves, chilling air and numb hands were welcomed by comparison to the wet weather we were all hoping to avoid. That said the conditions were like a double edged sword; the hard trails meant incredibly fast rolling speed, but icy conditions made cornering really tricky, especially on those glass roots!

The day kicked off with OneFourThree, our roller-coaster trail packed full of jumps, drops and berms. No-one had ever been timed down OneFourThree as riding it is almost always more about super tweaks, air time and style than balls out speed. With some tight course markings and teasing straight line options there was plenty who were gambling for the odd time advantage, some successfully and others, well, they just concentrated on their super tweaks.

Some late comers meant we extended the timing window for this first stage, but then some very last minute timing glitches meant that Neil Cousins didn't get a time which was gutting as he was in with a shot of the fastest over all, there just wasn't time to try again though - we had to move on...

Spoons next, and some big crashes too. Sulky, Robin and Stacey binned it on the same S-bend, but all managed to walk away smiling, sort of. This 'Stace Plant' shows just how hard and icy it was (sorry Stace), he took it like man though soldiering on to finish his run.

Many had near misses, while others looked like they were on rails; Rob lewis managed to hold the high line setting him up nicely for the tricky rock garden, something most struggle with in the dry. Ben Batt rode out one of the most impressive front wheeled crotch-to-stem grinds I've ever seen, all whilst cornering off camber on roots too; the man's got beans (we just hope that they're still intact)! Simon 'Big Burd' Truelove was doing what he does best when at TickerTape's - trash talking his way into mini battles with other riders, in this case Robin Liquorice and Stacey, who had both already slammed pretty hard - Burd was on to a winner!

Now on to BBMS which saw some very tired riders, and some pretty silly crashes too, most had adopted the half practice run (down to the start of moron, the bottom section that all the trails shared) then went straight into their timed run to conserve energy and finish what had become an epic test of bike pushing fitness. Yet again Mr Batt was somehow riding like it was dry, but then overcooked it on his timed run. Charlie Evens had a similar misfortune but got straight up like a champ to finish his run in style.

Loads of spectators made it out, which was pretty awesome, adding to the atmosphere with shouts and squeals (I might hand out cowbells next time). A rouge lead-less dog caused a bit of commotion at one point but then having just seen three grown men dressed as Santa and his elves I'm not surprised. That's right; Nige, Burv and Bart came dressed in the gear they used to record their debut dance video , seeing them come tearing down OneFourThree like some sort of freeride MTB Santa train was beautiful and troubling in equal measures.

With everyone done and all the times in, all that was left was to work out who was fastest and who'd won the Transition Revolution 32 Wheels. After some pretty embarrassing attempts at adding up all became clear: Ben Batt took the overall fastest time (by 0.14 seconds from Rob Lewis) despite his crash, winning the coveted tickerTape sticker along with the respect of everyone there. As for the wheels, well Curtis Saunders won them after it turned out that Sulky hadn't done his required three runs due to his Tango-man hand (crash induced) leaving him incapable of holding the bars. That's a double dose of bad luck!

Everyone had an awesome time, and despite some haggard faces and pathetic whimpers (mostly from me) we're all looking forward to the next Triple Crown some time in the summer.

Finally a big THANK YOU to Transition bikes for hooking us up with some great prizes, and to all those who helped set up and pack away. 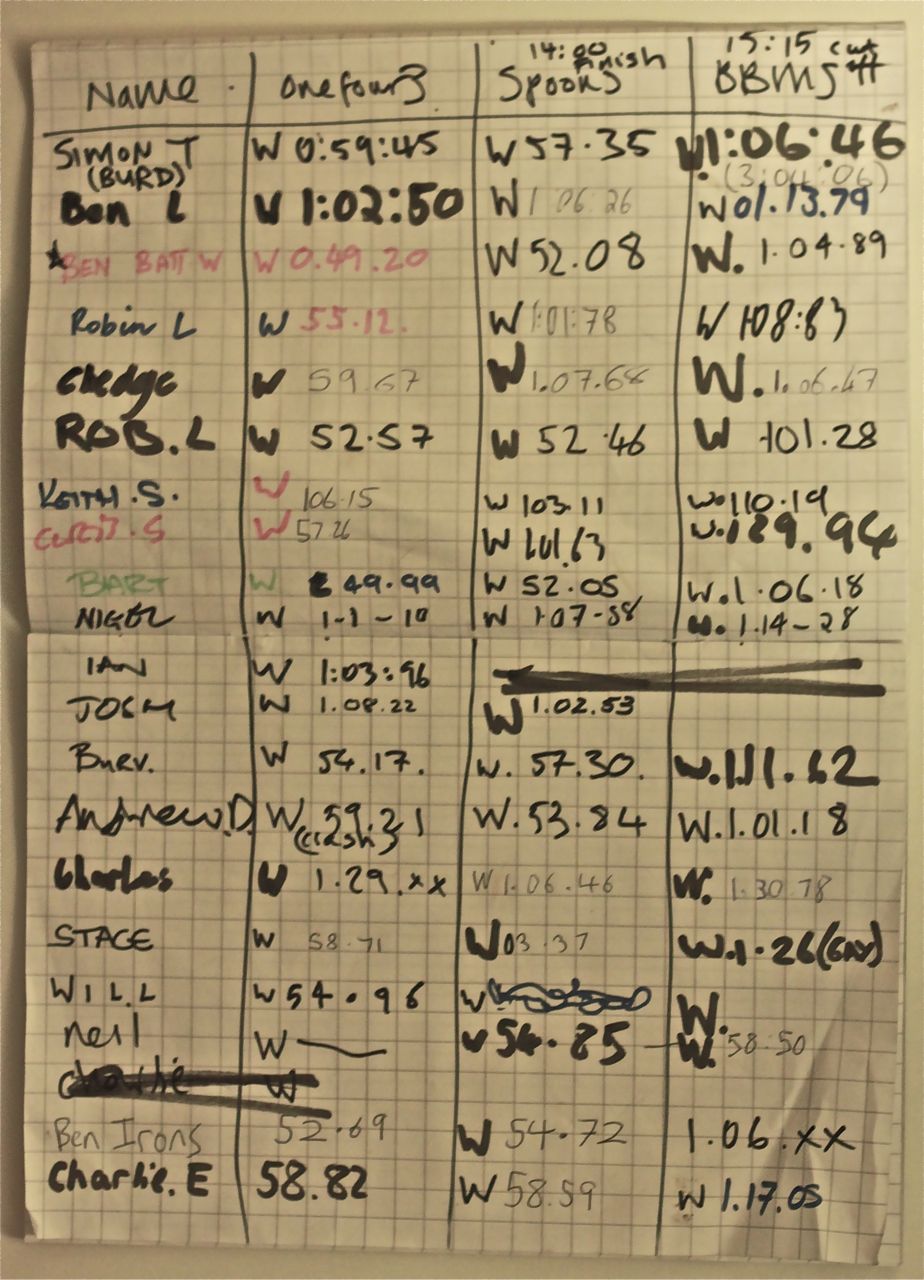 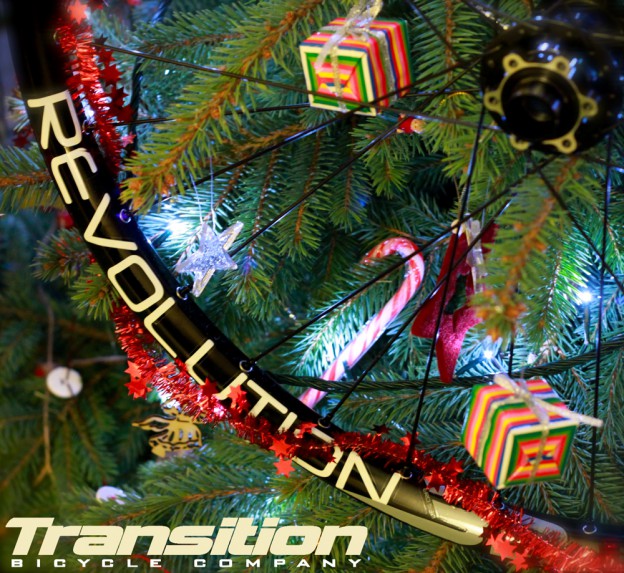