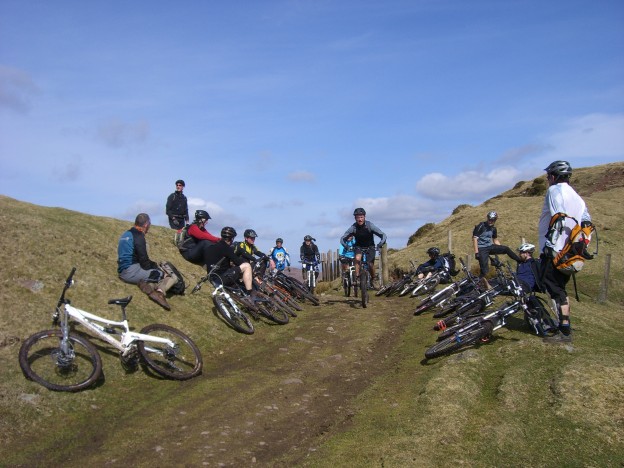 The day started with getting to know the lady in the café, Geriant was talked into repairing her loose saddle. He looked good riding around on her little purple hybrid! After the head count, we started the gradual climb up the tramway. The weather was perfect for a good days open cross-country ride, with a good vibe amongst everyone chatting and getting to know each other better. There were a couple of short rocky climbs that had a few riders determined not be beat until they had made it. One in particular, I think Geriant, won by making the longest climb before the rocks stopped him from making it to the top. Then, on across the moor-land where the scenery reminded a few of us of Exmoor and the Peaks, until we started the first descend of the day. It took me a little while to get used to rolling over rocks as it had been a while, but at the bottom it was all smiles, next stop the café.

The last push to finish the 7 mile climb, we can now see The Gap. The trail was rocky but a steady climb and well worth it when we reached the top. What views, you could see for miles and the descent that we have to look forward to, smiles again!
Finally we start the first 200 yards descent over big rocks and step downs gradually turning to smaller rocks and holding on until we reach the bottom, it felt like miles, I think it was around 2 miles of uninterrupted downhill, Marjory made the statement at the bottom “it was better than s*x” I’ll leave that for her to explain?

After some puncture repairs we found ourselves on the comedy bridle path, which again surprise, surprise was rocky! Marjory found it such a laugh she decided to go over the handlebars ending up under her bike laughing her head of. From then onwards, it was a matter of making our way back through some fields and roads to Talybont-on-Usk and the café for some cake. If this is how much fun our club monthly rides are going to be, I can’t wait for the next one, great ride & nice people to ride with; everyone in the club has got to join in!! 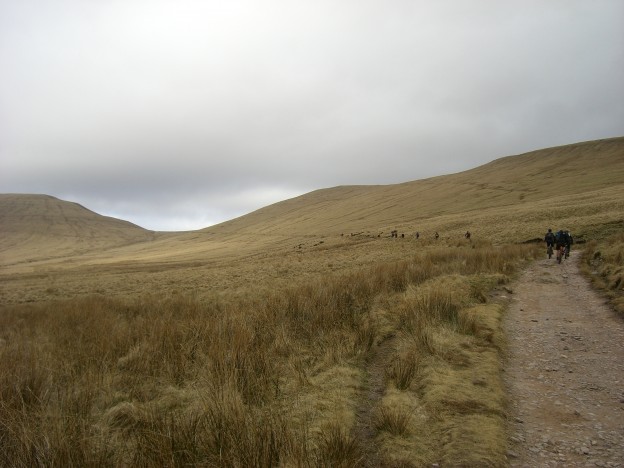 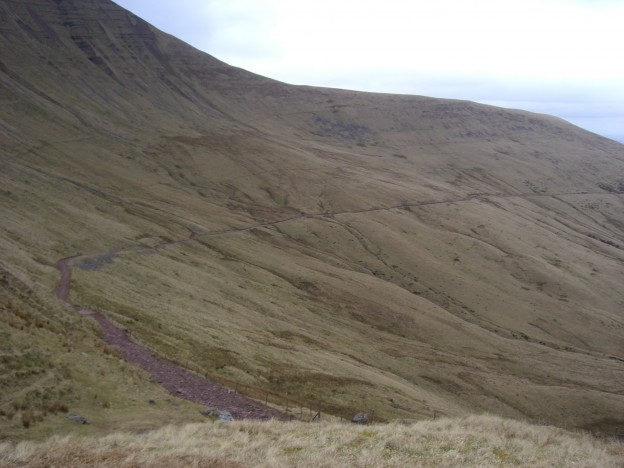