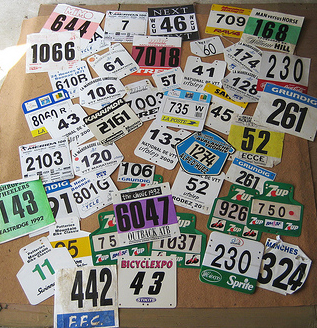 Riding a bike is hardly rocket science, Tuesday night rides are essentially on a fixed format: ride around the woods in the dark for a couple of hours until we build up a thirst, then slake it in the pub (but then as the rest of life is complicated, it’s no bad things to keep things simple)

So to try and make this ride report a little more readable I’m going to resort to a list of statistics (thanks to having my gps thingy on – some of these are actually not made up!)

Number of riders – 30 (actually, probably more like 35, but everyone was milling around so difficult to count)

Number of groups – 3 Sociable, still Sociable but a bit quicker – and Masochists (any group with Chris Noble in – will involve suffering)

Number of riders in the Masochists group – 5 namely; Me, Tom, Chris N, Geraint and Simon (we were sent off first, so no idea how many in the other two groups)

17.69 Miles. This is how far the masochists group went (from car park to pub). Difficult to say much about this, but those were 17.69 honest to goodness wiggly up and down miles with hardly a moments pause, and it is a world record beater (well – it’s further than the 5472ft 9in that Ashrita Furman managed to travel with a pool cue balanced on his chin)

1781ft – amount of height gain. It would make sense that we also did the same amount of descending, but given I spent all of those 1781ft trying to keep up with Chris & Tom, I was in oxygen debt for all of the downhill bits so couldn’t say for sure

4 seconds – Average life expectancy of an enemy soldier in Chuck Norris Films (isn’t the internet a wonder full thing). I can now add to this “number of second’s mortals can keep up with Chris & Tom before your heart tries to escape out of your mouth” (a theme is emerging…)

891 – according to my gps thingy, this is the number of calories I used up (no idea how it knows these things)

For comparison if I’d of decided to not go riding and spend 120mins doing the following I’d of burnt…Baking 314, airplane repair 378, knitting 166, hugging 126 or just watching the tv 120

440 – the number of calories I replaced with 2 pints of cider in the pub (which lets face it – is half the reason I bother with the riding bit).