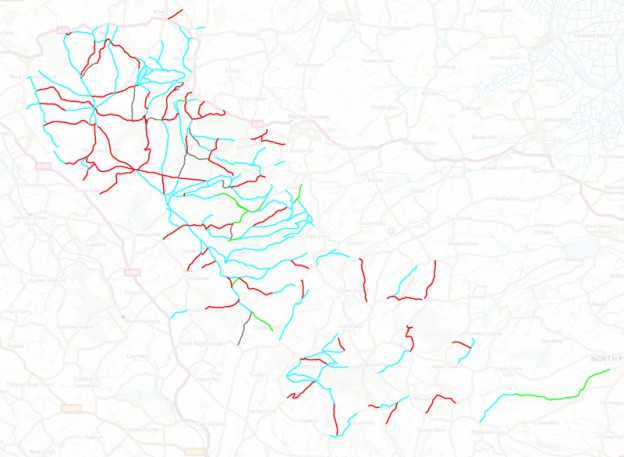 January's XC Ride Away on Sunday 15th will be to the Quantocks.

Bit of a difference though: there's an awful lot of trails there which I can *almost* guarantee you won't have ridden before. They're not particularly bad at all, they just get overshadowed by all the old favourites.

Back in the summer  I had the unenviable task of riding, filming, photographing, describing and grading all the cycleable Public Rights Of Way within the Quantock Hills AONB boundary. And got paid for it. "What a nightmare!", I hear you cry, "How did you cope?". Well, thanks for your concern. Somehow I got through it and nailed all 175km of the PRoW network.

I thought I already knew the Hills pretty well, but there are dozens of great trails that just don't get the attention they deserve.

So. Let me introduce you to some new trails down there you may not know. Maybe in time they'll even become old favourites too.

Meet at 8am in the Cheese & Grain car park. All being well, we'll aim to start the ride from the lay-by on the A39 just outside Holford at 9.30am (grid ref: ST158408). There are no facilities or shops on the Quantocks so please bring enough food, drink and spares for about a 4 hour ride. It will also (obviously) be quite hilly.

UPDATE: I'll be recce-ing the route on Sat 7th Jan. I've plotted it  out and it's bang-on 3omiles with 4,500ft of climbing  :O0. Obviously, there's loads of possibilities for bolt-ons or short-cuts. I will report back when I've seen if it's viable. Or even enjoyable...