TickerTape Rnd3 – Rise of the Machine 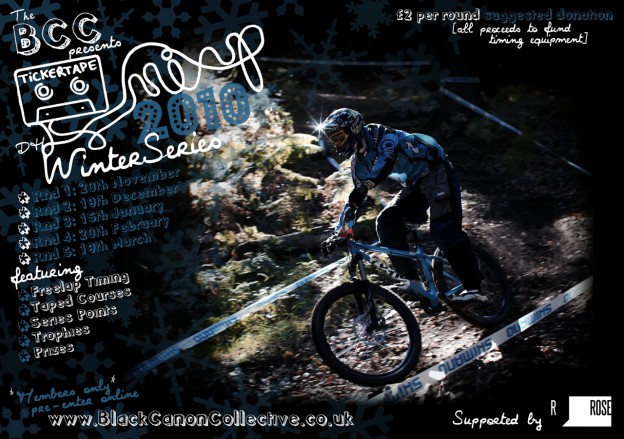 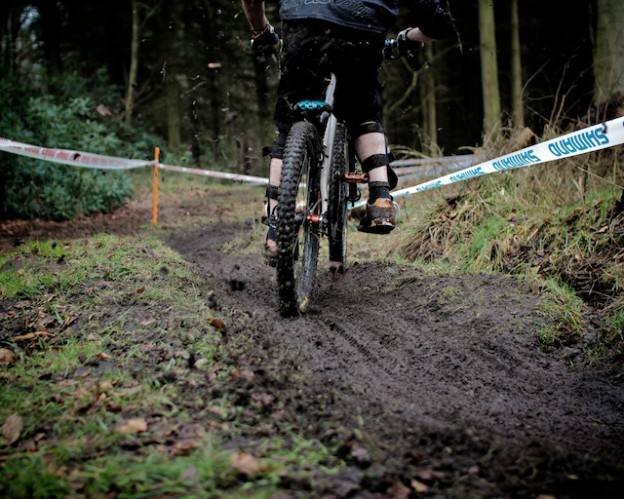 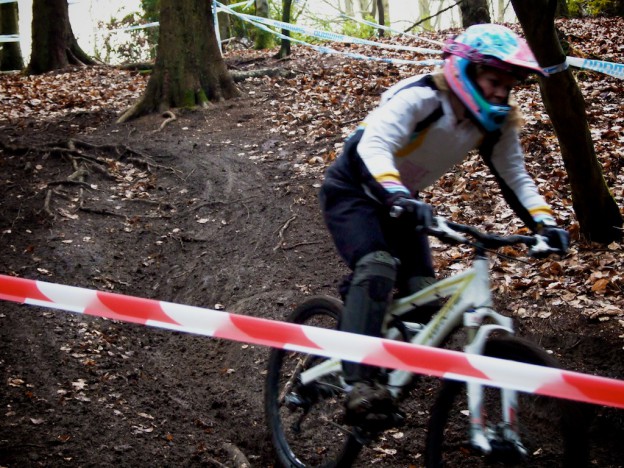 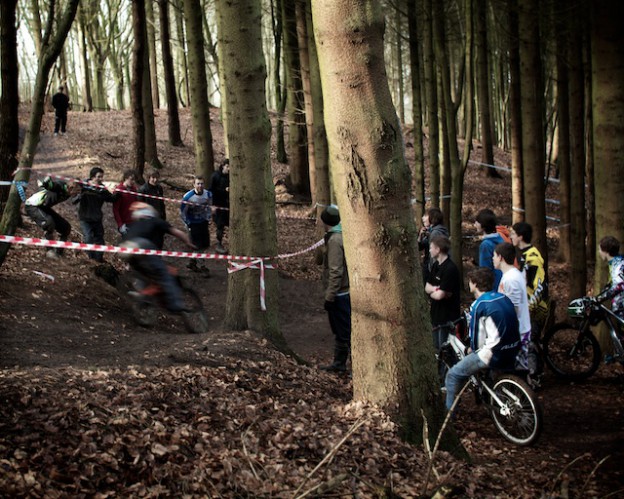 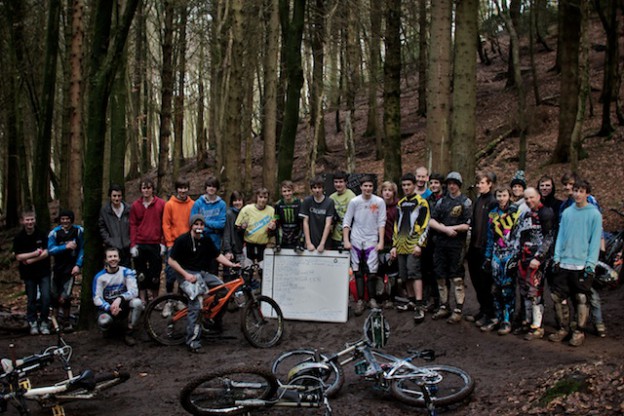 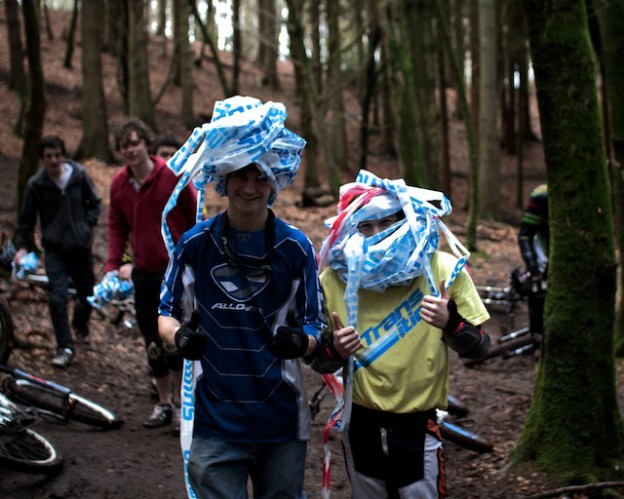 Ben bat is a machine. When he rides everyone watches. When he crashes the trees try and move out of the way and when he takes his helmet off we all laugh at him for going bald.

The truth is that the only way to deal with Ben is to find something meaningless to tease him about, otherwise you are faced with the reality of his times, and to be honest most of us would prefere to laugh at him.

Anna Glowinski, our newest member, managed to school some of the boys at her first TickerTape, not bad especially seing as she'd turned up with an airfix bike that her boyfriend Ed had to lovingly assemble before she could get muddy, or crash on here hand.

Along with Ben and Anna there were plenty taking part on Sunday; in fact it was our most attended TickerTape this series with many of the participants doing so for the first time.

The track was slippy and the roots were slippier. I managed to injure my knee ligaments on my first practice run meaning that I only managed one timed run in an effort to stay in contention for the overall.  But with so many of the top riders absent from the white board it was a very different picture by the end of the day, although no less deserved.

Ben Irons (hater of hardtails) was top dog for 235 of the 240 minutes, but was beaten at the bitter end my the tree scarer. That's racing, but it's important to give Irons credit for his early times.

Ben Lovell showed that he's a natural on a bike, putting in some fast times after competing in a motorbike trial that morning, so he along with the Mr Batt were awarded Beans.

Bob Darvil was fastest hardtail but more than that he was riding with noticeable speed and control; a good performance that certainly made the beans decision a hard one.

Liam Arkell has proven that he's a rider to watch, with a steady rate of improvement and his first podium finish it's fair to say that he is one of if not the most improved rider in the club right now, something to be proud of for sure.

So that was it, I think...... Anna escaped a broken hand, I escaped a snapped ligament, and most of the trees escaped Ben Batt.

Well done to everyone who took part, thanks loads for all the help setting up and packing away and for the awesome photos thanks to Dan Irons and Andy Colby. Thanks also to Shimano for the race tape, and of course to Rose Bikes for providing the prizes and trophy.

The next and last round will be a special one off RETRO LOAM DH TRACK that will be marked especially on the day, so there's no chance to practice I'm afraid.

I can say that there will be no features (drops / jumps / rocks) so for this round only the event will be open to all club members not just those with full face helmets. It's going to be amazing so make sure you don't miss out.

As for the overall, well it's all very close, attending every round is obviously a huge bonus but with a big final field and completely different trail I can see it being very hard to predict the outcome.