Bike Polo – what a success!

Marjory had the fantastic idea of bringing the sport of bike polo to Frome, for BCC members and locals alike. I was very keen and did what I could to organise things. 10 days later and 20+ members accumulated in the Frome Youth Centre car park for the first session, kindly lead by Richard Miller (Bristol Bike Polo superstar). It was obvious everyone was very excited, bustling to get onto the court and get our first taste of this frankenstein sport - Mostly like traditional polo with a blend of hockey (and a dash of bikes for good measure). 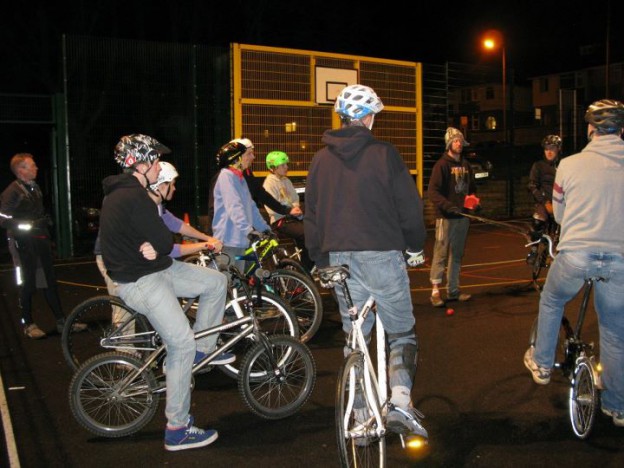 Rich runs through the basic rules which are:

1) To score, the ball must be struck with the "business"/narrow end of the mallet, rather than pushing it through the goal with the side.

2) Your feet must stay off the ground at all times- If/when you dab your foot you must "tap out" on either side along the centre line.

3) After a goal is scored the team must retreat behind the halfway point, allowing the other team to bring the ball back to halfway.

The ball is placed in the centre of the court, when the referee shouts "POLO!" one person (non-left hander) from each team must charge to the centre to win the ball. 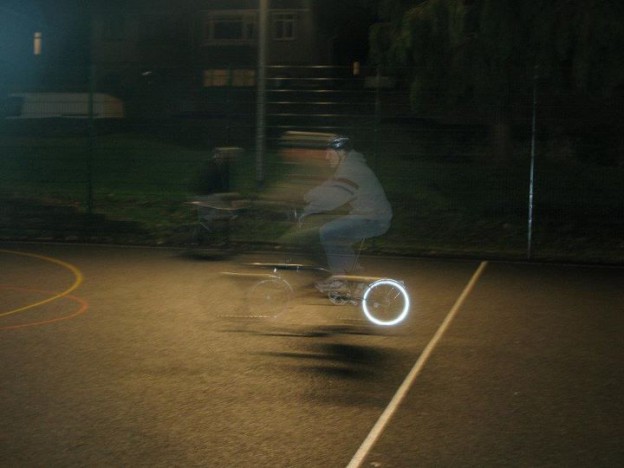 Games were 3-a-side and last for 10 minutes, which came far too fast for my liking, I felt like I could play for hours! It was interesting to watch the progression from the first match to the fourth match, skills had progressed to an almost acceptable level in just a few hours. A few members had previous experience from hockey, however some weren't so lucky and were complete novices (myself included). I think it's safe to say Tom picked things up very fast and scored several impressive goals.

However some members felt the need to show off, namely William Hardy who left the bike during a crunching tackle from Demon Defender Denham. But out of nowhere his front wheel departed from his forks and made a run for it (cue great escape theme tune), this has to be the funniest thing I have seen in a long time!

After everyone had a decent amount of court time we retreated to the relative comfort of The Griffin, where we were confronted with the most difficult decision of the day… Which house beer to choose. Crisps and generally chatter ensued, until the thought of a comfy bed and dreaming of next week's session became too much and we made our way home.

Thanks again to Rich for leading the session, providing equipment and generally be a top chap! We are preparing an all-stars team to take on the Bristol team on their own turf. 😉

See everyone for the same again next week

(If I can get equipment organised in time)